How can I tell if a card is likely to have "functional errata"? 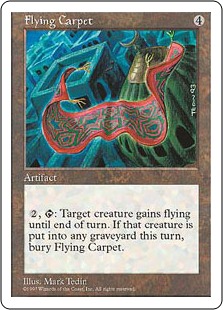 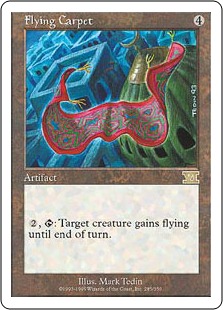 Apparently there was a period in Magic's history when cards received significant "errata" between printings — not just templating updates or clarifications, but straight-up changes to what the cards do.

The most recent example I can think of is Loxodon Warhammer, which officially has lifelink even though the original printing had the triggered-ability version (like Spirit Link), due to some messiness with the redefinition of lifelink while the card was reprinted. Most of the others are significantly older.

Without looking up every single card a player plays in Gatherer, is there a quick way to figure out which cards are likely to have Oracle text that wildly diverges from what's printed on them? (For example, are there certain old-timey abilities that got errata-ed away en masse?)

There aren't many cards in magic that have actual so-called "power level" errata that fundamentally changes what they do, with the exception of the ones that were reprinted in physical form with new wording. However, there are a few things that make you think "Hey I should check the oracle" because it may not be entirely clear how it was updated to work in modern rules.

1) Wording that would generate a really weird replacement effect, may now be a trigger:

e.g., Black Vise There are obvious patterns to a lot of them, like with this one "if during upkeep" will generally become "at the beginning of upkeep" but then there are ridiculous things like Animate Dead that will you never ever "get right" trying to infer current functionality. So the presence of what would be replacement effects if playing it literally as written is a good cue to check the Oracle.

2) Does it target? Use of the word target is inconsistent on pre-6th edition cards. If it just says "opponent" or "player" something you should check if it's "target" or "choose."

No, I don't see how that would be possible by looking only at the card.

The example you cited is an example of the main reason reason why - the old version of Flying Carpet has been perfectly functional and would be today with updated wording. OTOH there are the occasionally uber-complex cards of yore made compatible with today's rules and wording but with the same functionality, so a card's complexity or lack thereof is no indicator.

If you are looking for a list of obsolete terms and common text blocks that have been replaced by new key words, i.e. for functionally equivalent replacements, you could start with the CompRules glossary. Repeatedly used but now obsolete terms and keywords have been preserved and marked with (Obsolete). Many new, currently valid keywords that have been introduced over the years are actually just shorter replacements for commonly used abilities like e.g. Reach, Shroud, Hexproof, but are not so easy to identify without experience.

38
How can I tell when to take a mulligan in Magic?
52
How can I tell the difference between early Magic: The Gathering card editions?
6
How can I tell what has changed in a Comprehensive Rules update?
18
How can I tell which cards or sets are currently legal in various formats?
11
How Specific Does Card Naming Have to Be
7
How to tell rarity of old magic cards?
2
How concise can I get the Soulbond boilerplate in a homebrew card without functional changes?
6
How to tell which old cards can deal damage to planeswalkers
1
How likely am I to have a key card in my starting hand in Brawl?
1
How likely is Yusri to get me an omniscience effect, if I have Krark's Thumb out?