There are a lot of cards that use counter as a noun. I did some Googling but I'm just not clear on what I need to use for counters. Are they physical things I can buy and if so, what is a good online resource? Can I just make do with coins or something?

Yes, counters should be represented by physical objects.

122.1. A counter is a marker placed on an object or player that modifies its characteristics and/or interacts with a rule, ability, or effect. [...] 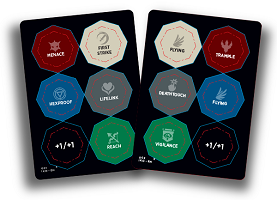 You aren't required to use these. The objects used as counter can be anything. Dice and flat-bottomed glass beads meant to be used in flower vases are popular. You can get the latter at Michaels or Jo-Ann, among others. Some gaming stores carry them as well. 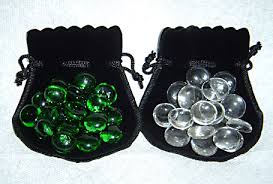 I've seen people use pennies, but they will scratch your cards if the cards aren't protected. (Anything could, but beads and dice have rounder edges.)

From the Magic Rules:

100.2. To play, each player needs his or her own deck of traditional Magic cards, small items to represent any tokens and counters, and some way to clearly track life totals.

121.1. A counter is a marker placed on an object or player that modifies its characteristics and/or interacts with a rule, ability, or effect. Counters are not objects and have no characteristics. Notably, a counter is not a token, and a token is not a counter. Counters with the same name or description are interchangeable.

Any object will do to mark counters on a card. I tend to use D6s, although there are rare occasions when I have to use D10s or D20s, depending on the card. I find it easier to keep track of the number of counters on a card if I am using dice to mark them.

I always use dice, which makes it real easy to keep track even if you have a lot of counter. i got something like this.

0
What item should I use to keep track of my creature’s Power and Toughness?

33
How should I approach teaching Magic:The Gathering to a new player?
5
Magic: The Gathering - Can Charge Counters be put on cards that don't “use” counters themselves?
2
Strongest early-game counters for a Modern deck?
3
Is there a way to block MTG sorcery spells that view my hand?
8
“Counter target ability from a [quality] source” — changing [quality]?
3
In what kind of deck is Aether Vial good?
4
Is there a card that turns +X/+X into X +1/+1 counters?
5
Does turning a card face up cause it to lose any counters it had on it?
6
Physical representation of static effects
3
Is there a good place to find information about strategies, tricks and caveats for specific cards?