In Hive, can Beetle hop over to another lane? 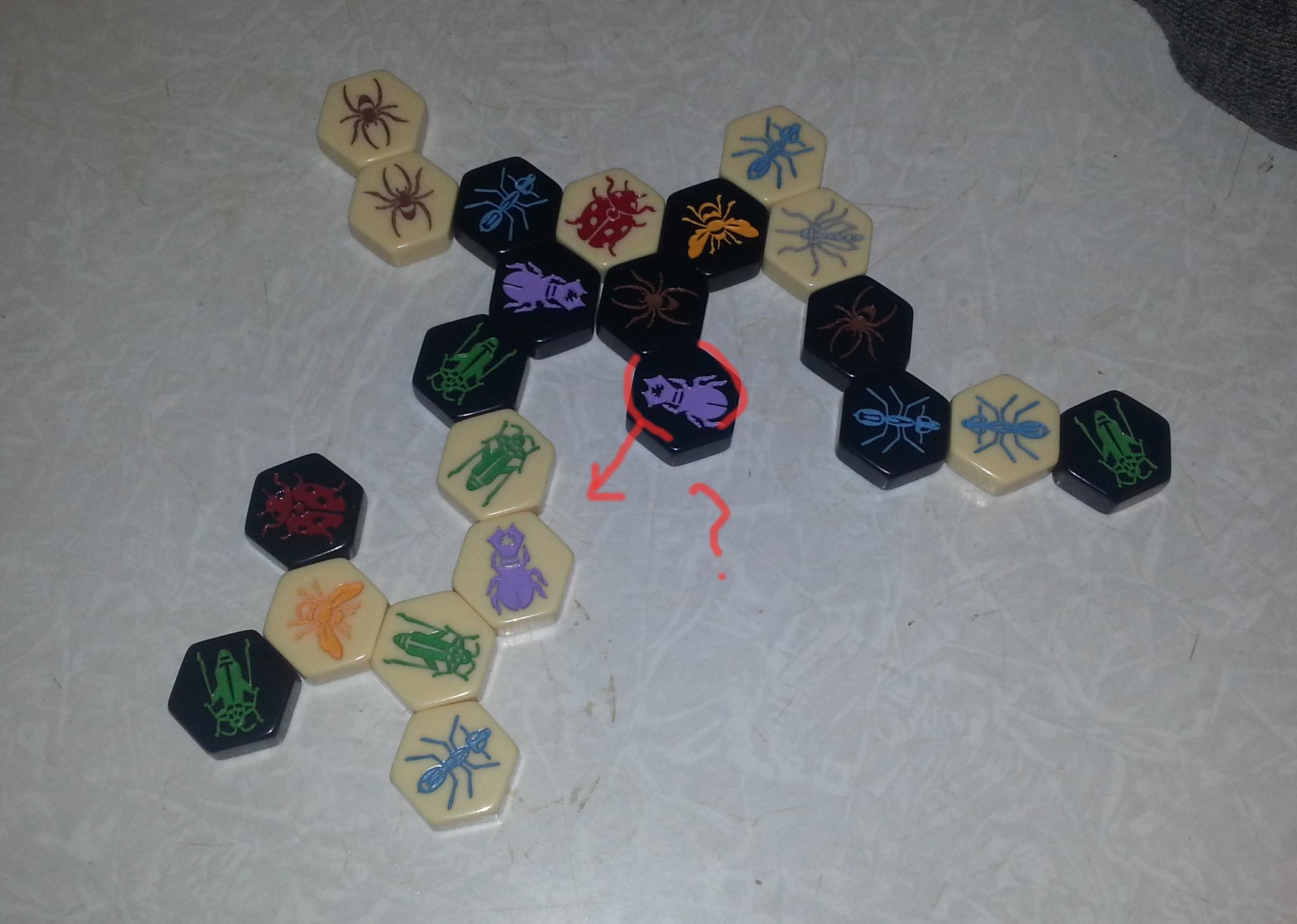 Here. Is it possible to move this way?

I figure that neither the rule of hive continuity nor tile sliding rule are violated here. The rules also don't mention any direct contact requirements like with the Spider. So... is the move valid?

No, the one hive rule is continuous, even during a move. At least in the version of the rules that I have, the second example under the One Hive rule states

Moving the black Queen Bee to a position where it re-links the Hive is also an illegal move as the Hive is left unlinked while the piece is in transit.

This would apply to your beetle move as well, since while it was in transit, it would not be connected to the hive at all.

I am pretty sure that all piece movements are considered to be of a sliding nature around the outside of the hive as the baseline movement.

The clarification on Spider isn't specific to Spider, that is just where they mention it.

A basic move (as the Bee or Beetle not going up or down does) is defined as moving around the outside of the hive, making that move illegal. Put another way, each move you make like this involves still touching at least one similar piece.

Note that the Spider and Ant both make compound moves by having repeated normal moves.

10
What happens in Hive if you cannot lay a piece?
1
Weight and dimensions of Hive game pieces?
0
Does the One Hive rule apply to preserving a continuous hive for your opponent as well?
3
In Hive, can a beetle go up/down into an empty space?
1
Can the beetle start on top of the hive?
8
Clarification of Pillbug movement rule in Hive
5
How to break a stalemate in Hive?
6
Beetle movement clarification
2
Beetle crawling up more than one level
2
Is there a rule to prevent infinite games?