Can a Dimir Keyrune receive a Cipher, and does the encoded spell stay? 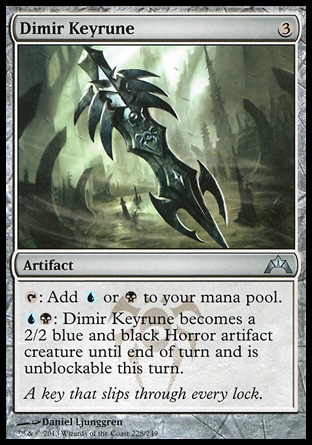 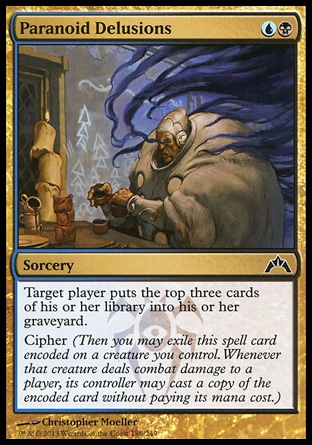 Here's the scenario (I hope I get this right by the rules): last turn, I summoned my Dimir Keyrune onto the battlefield. This turn, if I transform it into that "2/2 blue and black Horror artifact creature", I'll be able to attack with it. It will be unblockable, making it a good candidate for a Cipher spell. The transience of it being a creature, however, is a problem.

Yes, you can encode it on an animated Keyrune; and yes, it remains encoded even if the Keyrune stops being a creature.

Enchantments, Equipments and Fortifications fall off because State-Based Actions (SBA) specifically ensure they are attached to a valid object. There is no such SBA for Cipher cards. As long as the Keyrune remains on the battlefield, Paranoid Delusions will remain encoded on it. Of course, you'll have to reanimate the Keyrune to take advantage of the encoded card.

There's a reminder rule that covers this:

1
Can I have multiple copies of a creature with Cipher?
7
How do Lazav, Dimir Mastermind and Vigor work together in Magic the Gathering?
4
Will Eidolon of Rhetoric also prevent Cipher from working in the same turn as another spell?
10
When I cast an encoded cipher spell, can I encode the copy on another creature?
15
Will transforming Thing in the Ice with a token-summoning spell bounce my tokens?
3
Exert, untap with spell, tap and attack. Does it untap?
5
Does mana stay in your mana pool after the land has been destroyed
3
Does Chimeric Mass stay a creature in the grave for the rest of the turn it dies?