How compatible are the two versions of Netrunner?

I have a stash of the original Netrunner game. If I were to play a game against someone with the Android:Netrunner game, what changes/adjustments would we need to make?

The powerlevel of cards has changed, quite a lot of cards from the original netrunner have been increased in cost or decreased in effect.

The main difference is that the new netrunner has factions and identities. When building a deck you are allowed as many neutral and your faction cards as you like, but you can only include up to 15 (normally) of other faction cards. Each identity has a influence allotment, minimum deck size and some ability. You are also only allowed 3 of a given card in your deck at most, in contrast to the original netrunner which had no limits.

Some key words have changed, Wall is now barrier. Black Ice is now Illicit, and gives a BadPublicity when rezzed. Icebreakers have types Fracter instead of Worm/Noisy and Decoder instead of nothing for Code-gate breakers. Icebreakers which can break any ice is now called AI, and a new Icetype of Trap exists, which currently no breakers can break, other than AI and special icebreakers matching Destroyer or AP keywords on the trap. These Trap ice self-destruct as part of their effect.

Base link cards have been removed from the game, now each runner identity has a base link on it (either 0 or 1). Traces are now open bid, with the corp bidding first. Trace(n) now means the trace starts from level n, and the corp can pay xC to boost this value by x. Then the runner takes their link (from base link + any from cards in play) and bids yC. If the values are equal the trace has failed, if the corp's values is higher than the runner's then the trace was successful.

Bad publicity is no longer a win condition, instead the runner gains 1C for each bad publicity the corp has at the start of each run. If these credits are not spent during the run, they are lost.

Virus counters are now placed on the virus, instead of being given to the corp. This means destroying the program will also remove the effects. Virus purging now requires 3 clicks to be spent, rather than forfeited. This means you cannot purge viruses easily without it taking your whole turn.

Agendas are now forfeited as a whole, rather than forfeiting agenda points.

Stealth has changed, there are no Noisy icebreakers any more. Instead stealth icebreakers get special benefits from spending credits from stealth cards.

Regions no longer have to be rezzed immediately when installed, but you are still not allowed more than 1 region per server at any time, rezzed or unrezed.

Because of these changes the cards aren't really that compatible balance-wise, but a lot of cards are the same so you could check to see what changes have been made and adjust accordingly. You could play a game with them easily enough, but it might not be very balanced! 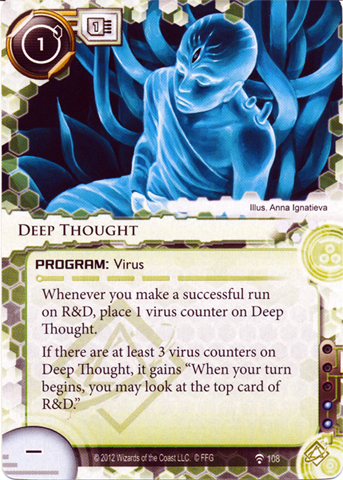 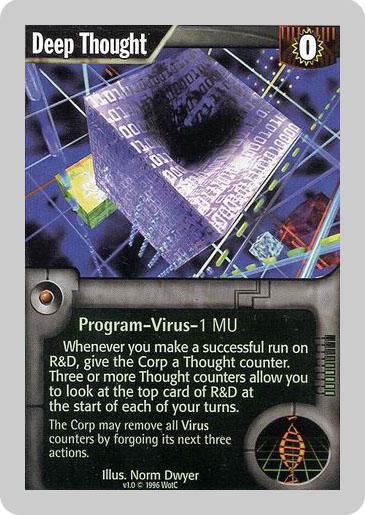 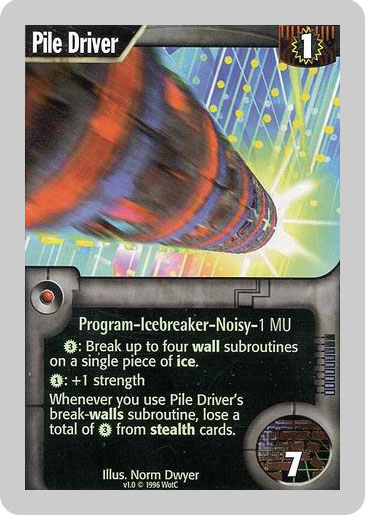 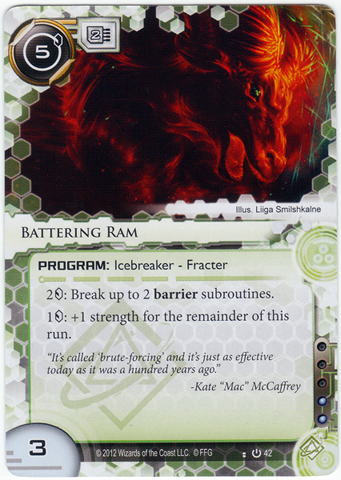 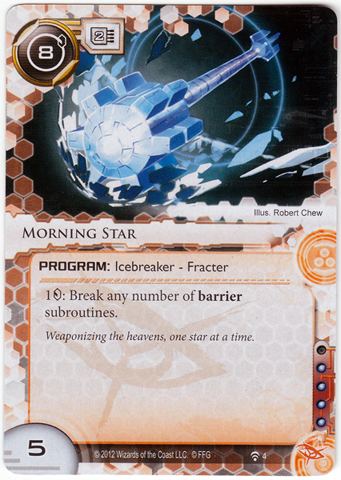 In the new Netrunner, traces are used more heavily, and the tracing system has changed significantly (before, there were secret bids, whereas in Android Netrunner the runner knows exactly how much he needs to bid to defeat the trace).

In the new Netrunner, most of the Corp's events that punish runners that ran or scored an agenda or trashed a card on their last turn have counterplay, usually a trace that can be beaten by having enough money available or silver bullets like Film Critic or Salsette Slums that avoid the steal/trash trigger conditions. In the original Netrunner, Trojan Horse was a card that just gave a tag to someone that stole an agenda. In contrast, in today's Netrunner, the most commonly used equivalent is SEA Source (a beatable trace). In the new Netrunner, a hard-to-contest tag card would combine pretty brutally with cards like Closed Accounts (did you steal an agenda last turn? If so, take a tag and lose all of your credits). 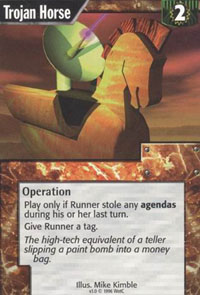 Also, Runner punish cards have gotten vastly more powerful (particularly on HQ), threatening you beyond multiple accesses. Getting hit with a Diversion of Funds (or previously an Account Siphon) is economically devastating early on -- the Corp loses up to 5 credits and the Runner gains that many. I would estimate that my win rate is probably something like 20-30% in games where one of these landed. In the original Netrunner, the equivalent Credit Subversion was a joke "the Corp loses 3".

Not included: in the new Netrunner, Temujin Contract saw an incredible amount of play until it was banned, allowing a runner to pick a (usually unguarded) server and score 4 credits the first 5 times they ran on it. Played early, the economics of this card generally look like "take 6 actions, net 16 credits, and maybe some accesses and Desperado credits as well", which was so much more effective than almost anything else you could be doing in the first few turns that you'd just feel silly not using it. 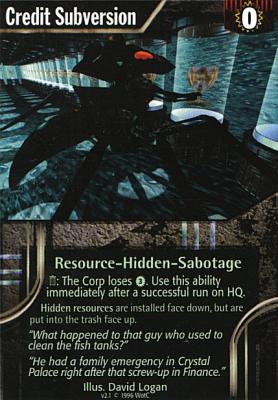 I know I'm late in answering this, but in original neterunner, loss of clicks persist through subsequent turns. i.e. If you cause an an opponent to lose six clicks, two or three of those would carry over to your opponent's next turn.

Not the answer you're looking for? Browse other questions tagged android-netrunner netrunner-ccg .

20
What's the etymology of the term "rez" in the Netrunner games?
8
Do I need to buy data packs to be competitive?
7
Can Android: Netrunner be played with more than two people?
4
Looking for uber-accessible game formats for Android: Netrunner
2
How do "Run" Events interact with effects that change the server you're running on?
11
What are some common tactics to make runs against servers with unrezzed ICE in Netrunner?
8
Clocking Android Netrunner
3
Possible to play 2x2 with 1 core set and data pack in Netrunner?
4
What deck should be used for a beginner in Netrunner
6
Netrunner Stalemate