Can Band of Misfits be played as a reaction card?

Band of Misfits is an imitation action card from Dark Ages expansion: 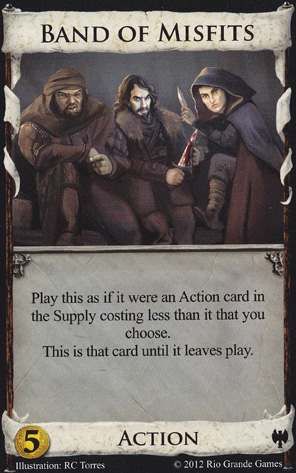 Suppose there are also reaction cards in the Supply, such as Moat or Beggar: 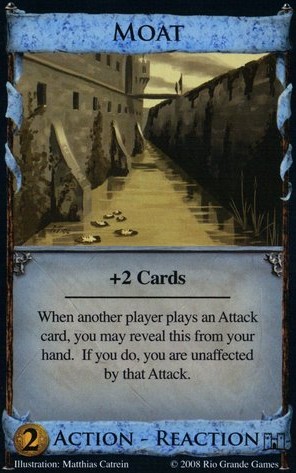 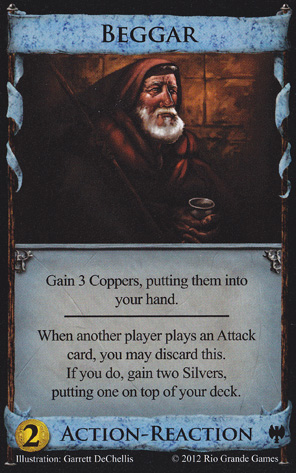 For simplicity, I will refer to the player who has Band of Misfits in their hand as myself.

No, you can't play it as a reaction card. Only cards labeled "Reaction" on the bottom can be played as reactions. Band of Misfits just says Action, so it may only be played during your turn.

When you do play it during your turn, if Moat is in the supply, you can certainly play it as a Moat, to get +2 Cards. But it doesn't copy another card until you actually play it, and you can't play it except as an action during your own turn, so you can't use it to get the protection from attack that Moat offers. When someone else plays an attack card, you have no opportunity to play an action card, so you can't play Band of Misfits then.

Band of Misfits only "becomes" another card once it is played. When it's in your hand, it only has the Action type and not the Reaction type, since it hasn't been played yet, so it can't be used to react to something.

Once it's in play, it is a copy of the card you choose until it leaves play, so you could, for example, play it as an Urchin, then play another Attack card and trash the BoM to gain a Mercenary. Or if there were some magical way to make Goons cost less than BoM (no official card does), then you could play BoM as Goons and then gain 1 VP token each time you bought a card.

Not the answer you're looking for? Browse other questions tagged dominion dominion-dark-ages or ask your own question.

25
Can I use a reaction card in response to Minion being used for +2 coins?
13
Reaction cards in response to reaction cards
9
Can Spoils be trashed by Counterfeit?
12
Do all Reaction cards completely block all Attack cards?
9
Dominion Herald's card is not an action, then what?
4
Trashing Market Square and another card at the same time
7
Dominion remodel card -can I trash a card already played?
7
Band of Misfits and Throne Room
7
Band of Misfits copying Feast and then Island
0
Dominion: How exactly do cards "enter play"