Order of actions in Ascension

I recently had a problem in Ascension with the order of the actions. I had enough force, so I killed a Mephit that allows me, when killed, to banish a card from the centre row. I intended to banish another monster. 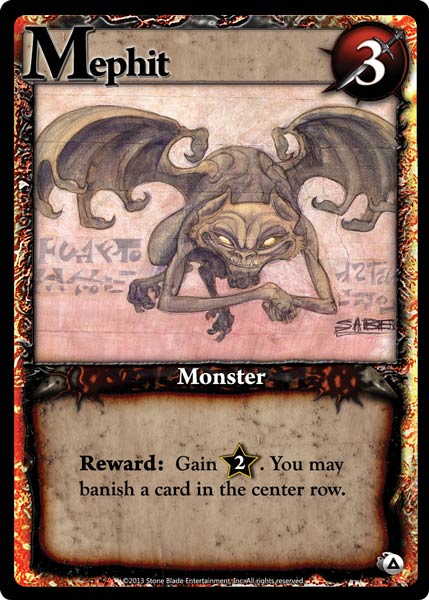 However, as explicitly said in an answer to this question - and thus in the FAQ -, the first thing to do when a card leaves the centre row is to replace that even before we chose to banish another card. Accordingly, we replace the card and reveal a "Change Events" card. The next event is Souls Unbound which makes the monsters in the centre row unbanishable. 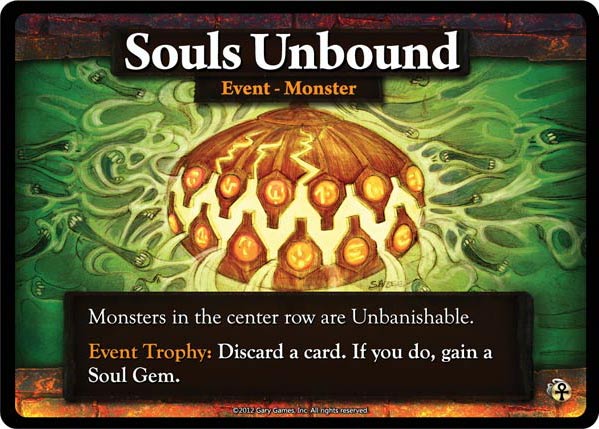 My question is: the Mephit has been replaced by a "change events" card. Do we change events first (making the monsters unbanishable), or do we resolve the reward of the Mephit first? Depending on the order of the actions, it may permit to banish a monster before it is unbanishable.

The Storm of Souls rulebook says:

When an Event card flips into the Center Row, immediately move it to the Event Zone on the board, and then replace it in the Center Row. [...] If a new Event flips, the old Event immediately goes to the Void and the new Event becomes the current event.

The keyword is immediately. Therefore, if Souls Unbound enters the Center Row right after you kill Mephit (or any banishing Monster), you can only banish Heroes and Constructs from the Center Row.

The iOS version of the game follows the same logic.