Staying in an old farmhouse in France we have found this game. 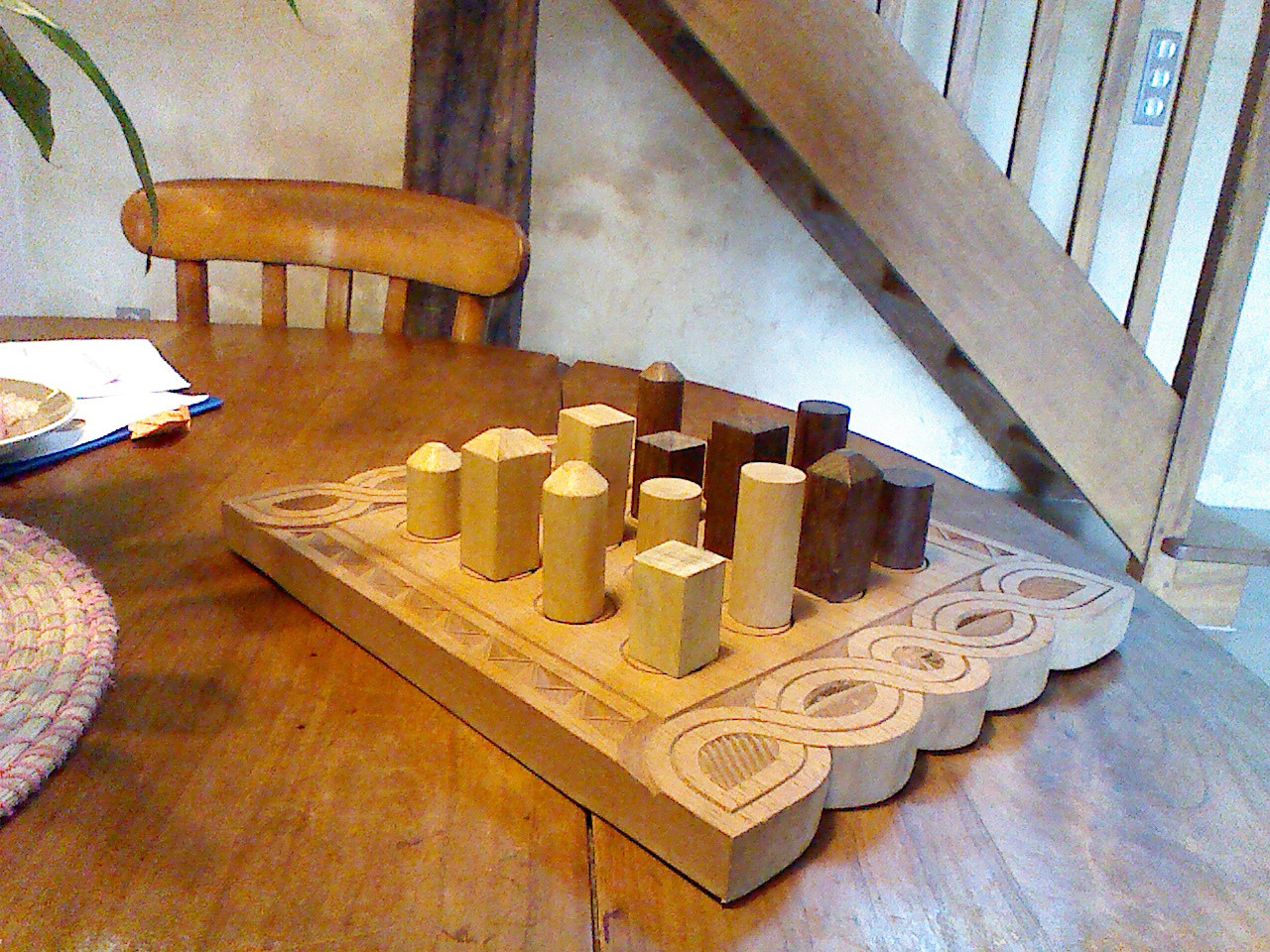 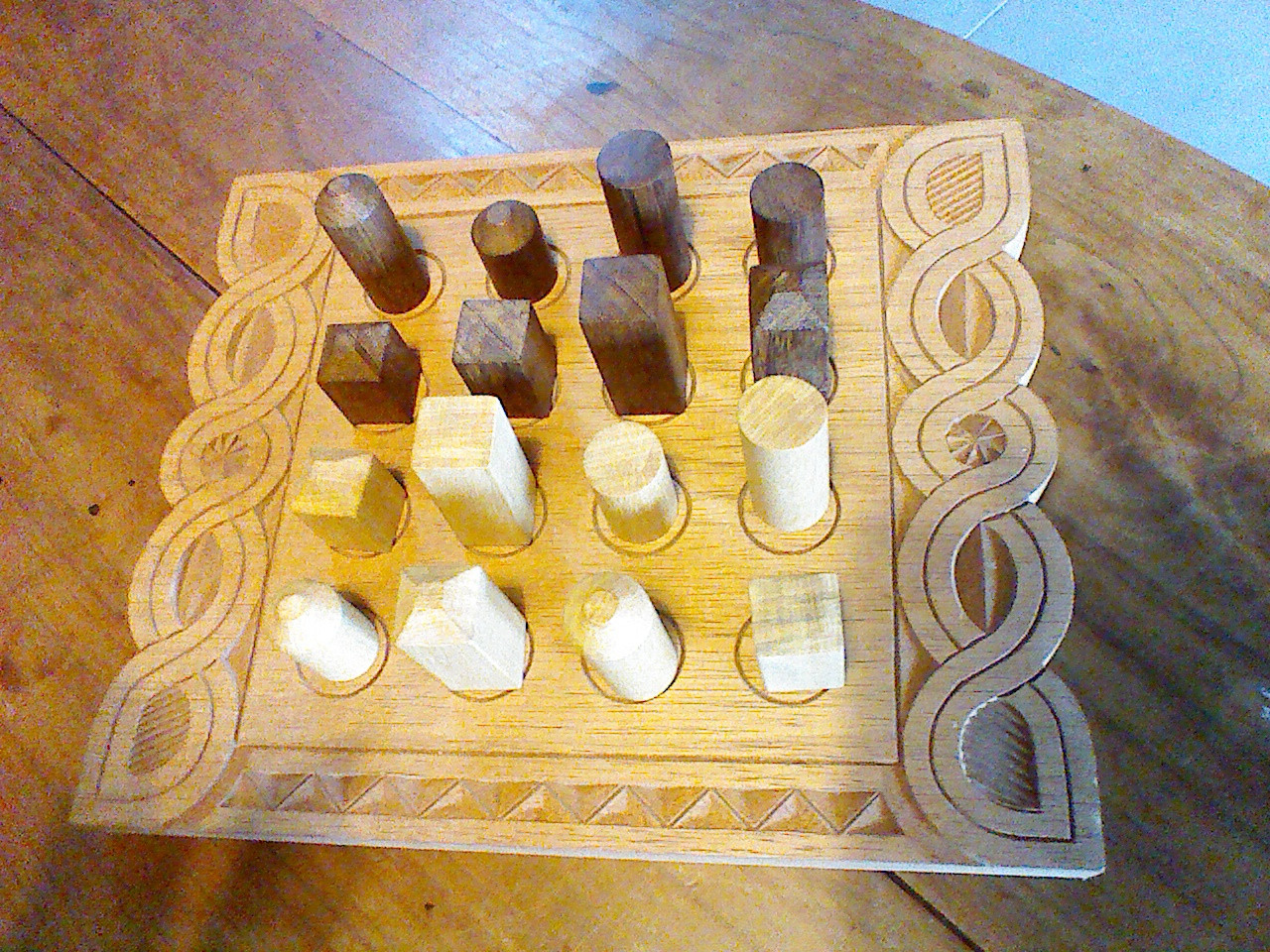 There is a 4x4 board with 8 black and 8 white pieces. Does anyone know what this game is called and more importantly how to play it.

That looks like a set of Quarto to me. There are eight dark/eight light pieces, eight tall/eight short pieces, eight round/eight square pieces and eight pointed/eight flat pieces. Usually the fourth attribute is hollow/solid, but the game works in exactly the same way with pointed/flat.

Players (2 only) alternate placing (and then shifting already placed) pieces on the board attempting to be first align 4 gobblets (ie pieces) in a row, either horizontally ,vertically, or diagonally.

Players start with only the 3 largest pieces each, and larger pieces can gobble-up smaller ones (of either the opponent or it's own colour).

1
Does anyone know the name of this game?