In Star Wars X-Wing if a ship has an ionising token can it shoot?

The TIE hasn't fired yet but it's been ionised. Is it still allowed to return fire? 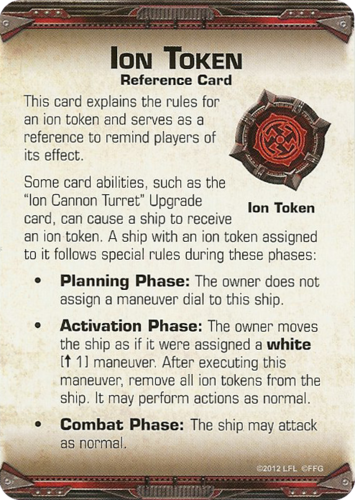 According to the Ion Token reference card, the TIE Fighter would be able to return fire, as you are in the Combat Phase.

Not the answer you're looking for? Browse other questions tagged star-wars-x-wing .

6
What's the most effective storage solution for x-wing to keep bases, dials and templates next to ships?
6
X-Wing 'Overlapping' ships question
3
What actions can be taken as a free action?