I asked a similar question recently. However, i believe this question to be different since that question was in regard to "incomplete" ranks. This question is in regards to a rank that is completely removed from a rear attack.

Thanks, and i know it is wordy. I tried my best to explain the scenarios. Let me know if you need clarification. 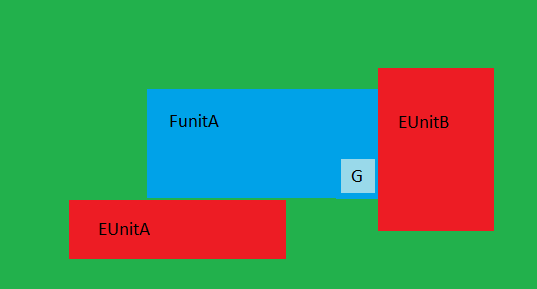 What happens if EUnitA kills FUnitA but not the general?

The first thing to test for is whether the general runs away, given he's flanked, outranked and has had his entire unit die around him this is a very real possibility. I'll assume he doesn't either because he's stubborn, unbreakable or has rolled snake-eyes.

The first rule to remember is that you cannot die out of combat deliberately, however it it occurs and EUnitA is released then they are no longer in the combat and can move, charge and shoot as per normal. This question considers what happens if they're not released from combat because of a challenge. 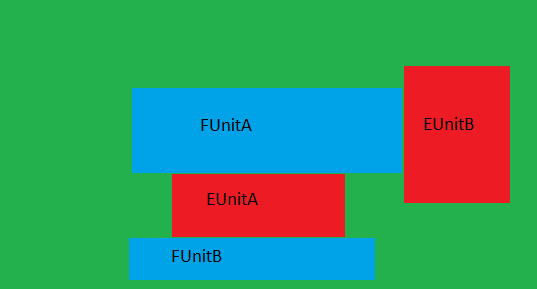 What happens if FunitB kills the entire back rank of EunitA and is no longer in combat?

They take a step forward and remain in combat. Move as few units as possible. 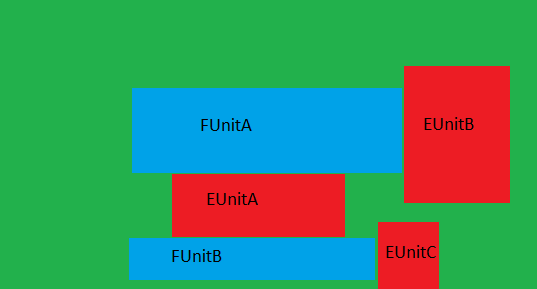 This one is vague, it's one of those scenarios which occurs so rarely it's not really covered in the rules and you have to use a little common sense.

The issue is that if FUnitB don't take a step forward you're losing a significant number of attacks per turn.

My advice would be to:

I don't have a rulebook quote to back me up but I would suggest that nudging the units so it's fair for everyone.

If you really can't decide which is fairest then both state your cases, roll a die and abide by the result. People can spend longer working out these tiny edge cases than playing the rest of the game - at the end of the day try to do what's fair and practical.

3
Is it possible to die out of a combat?
1
Model positioning during multiple close combats after removing models

3
Is it possible to die out of a combat?
1
Model positioning during multiple close combats after removing models
1
Is the extra attack from frenzy on the profile of the Vargheist?
1
Reforming to gain extra rank in close combat