I recently found out about a rule where if one marble is 2 spaces away from another, and the next 3 spaces after it are unoccupied, you can jump 3 spaces? So if your marble is in one on the board, and there's another marble, and there are 2 spaces in between, you can jump past it, so there are now 2 in between you, but you are on the other side of the jumped marble? Could anybody point me to an official source of rules to validate this? 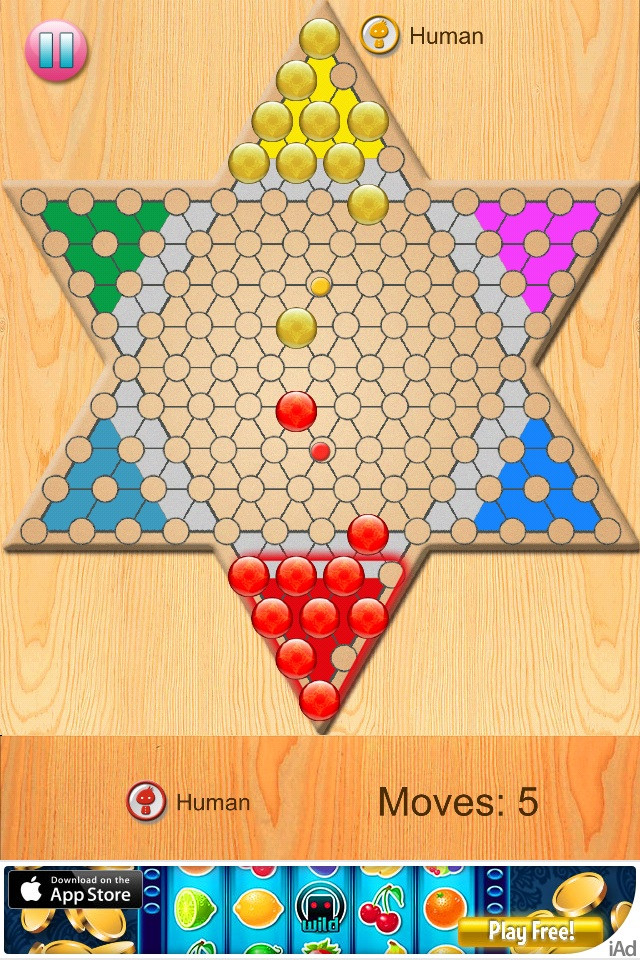 After both players have performed the three jump move: 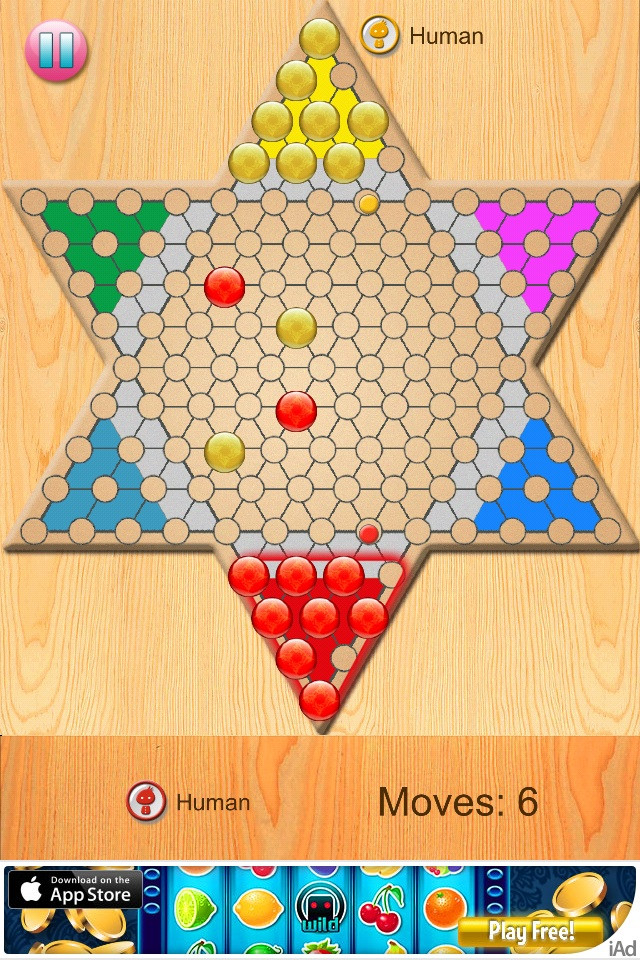 This appears to be the fast-paced or Super Chinese checkers variant described in Wikipedia.

In the fast-paced or Super Chinese checkers variant popular in France, a piece may hop over a non-adjacent piece. A hop consists of jumping over a distant piece (friendly or enemy) to a symmetrical position on the opposite side, in the same line of direction. (For example, if there are two empty positions between the jumping piece and the piece being jumped, the jumping piece lands leaving exactly two empty positions immediately beyond the jumped piece.) As in the standard rules, a jumping move may consist of any number of a chain of hops. (When making a chain of hops, a piece is usually allowed to enter an empty corner, as long as it hops out again before the move is completed.)

Jumping over two or more pieces in a hop is not allowed. Therefore, in this variant even more than in the standard version, it is sometimes strategically important to keep one's pieces bunched in order to prevent a long opposing hop.

An alternative variant allows hops over any symmetrical arrangement, including pairs of pieces, pieces separated by empty positions, and so on.

Not the answer you're looking for? Browse other questions tagged variants chinese-checkers .

29
Why Does Magic Use The "Paris Mulligan" Rule?
5
How to counter oddities of Shade-Tree Checkers? (long distance king jumps, etc)
10
What is this game, played with chess board and pieces, but with totally different rules?
7
Why is it called "Chinese Checkers"?
1
Can I enter a non-target foreign home in Chinese Checkers?
1
Player count variants for Pitch