When resolving a march order, you can split the movement of your troops into several adjacent territories, but only one of those territories may contain units of another house. Does moving into an area containing another house's power token (but none of the house's combat units) count as an act of aggression precluding you from attacking from the same territory?

For example, can Baratheon use one footman in Harrenhal to attack Lannister's footman in Stoney Sept and the other to take Blackwater, which is controlled by Lannister's power token? 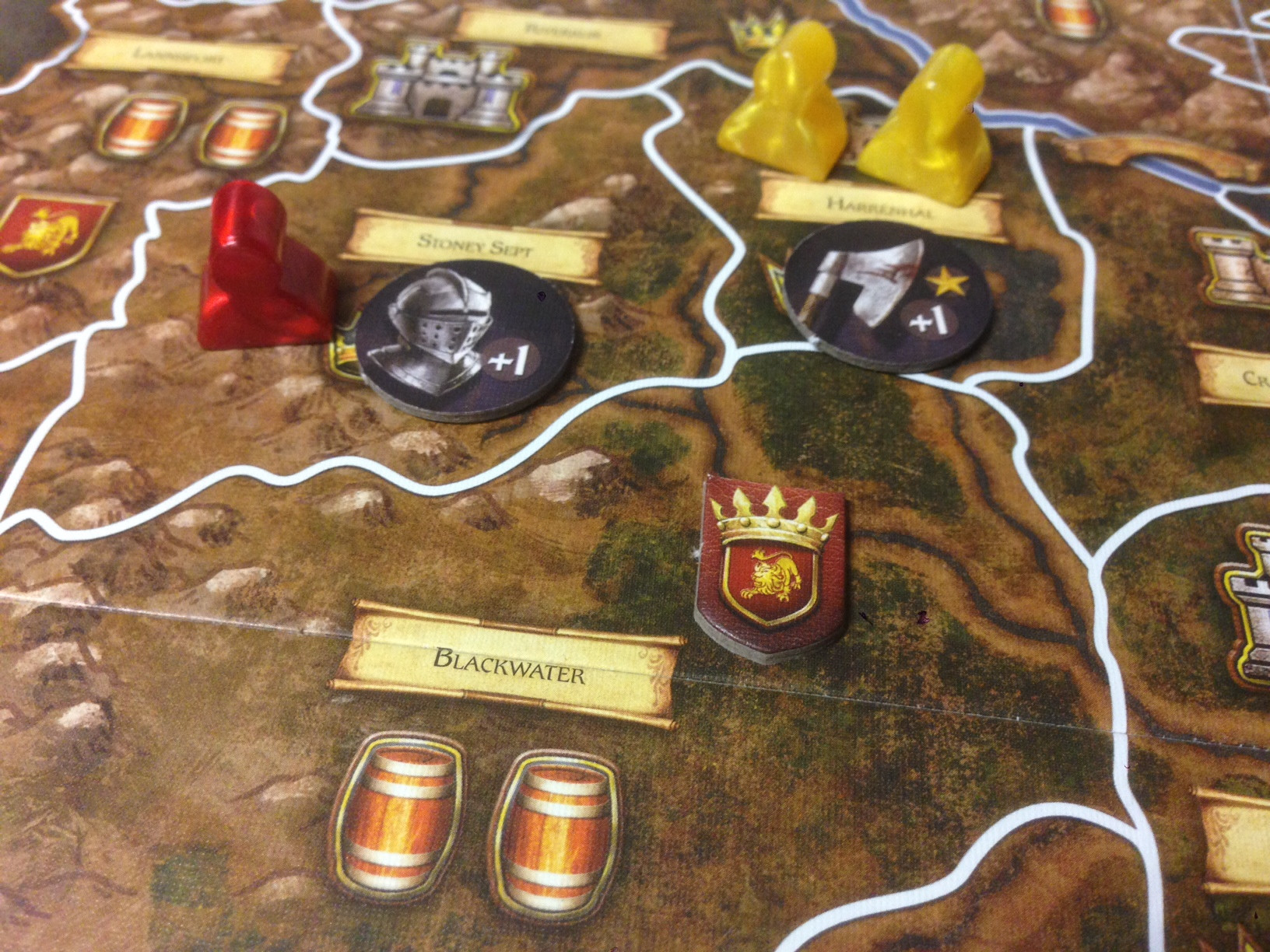 Yes, this is allowed. From page 13 in the rulebook:

If marching units enter an area containing one or more enemy units, a combat ensues (only one combat, however, may be initiated for each March Order).

So there's only a problem if you try to initiate two battles with the same marching order (which you're not permitted to do. But as described on page 24 in the rulebook:

No combat occurs in this instance, therefore it is an allowed action.

The power token is not counted as an opposing force, so yes it is allowed. For clarity of game flow, move the non-contesting pieces first, and the attacking units last. Also be careful that unit population caps are correct.

Not the answer you're looking for? Browse other questions tagged game-of-thrones .

5
When can sea units support land battles, and vice versa?
2
Splitting Movement and Support
0
Mustering in port territories
3
Game of Thrones: What if we run out of all the order tokens and are compelled to use special order tokens?
2
AGoT: Attacking and winning unit dies
1
Are the Bay of Ice and the Shivering Sea areas connected?
1
Can I choose difference house card without discard two power tokens?
2
Mother of Dragons, Walder Frey, and Vassals