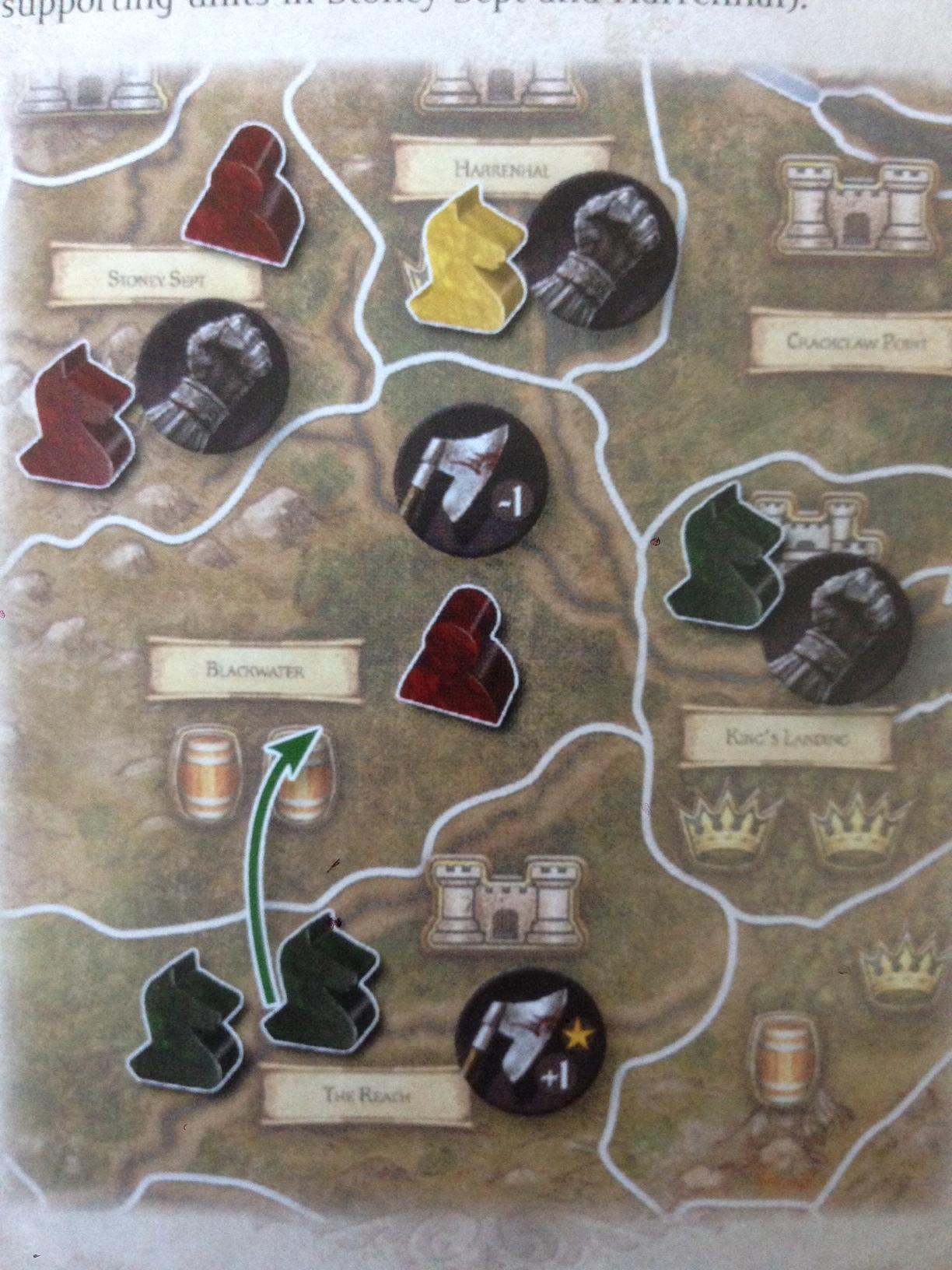 21
Supporting Routed Units in A Game of Thrones
10
Can you support through ships in Game of Thrones?
6
What regions count towards support of another region?
5
When can sea units support land battles, and vice versa?
3
Support order, when losing a battle
2
Splitting Movement and Power Tokens
2
Should supports be used as the primary weight of your attack?
4
How to open with Baratheon at Game of Thrones Board Game?
2
AGoT: Attacking and winning unit dies
3
Can units support a battle if they came from the same march order that started it in Game of Thrones?