Building settlements over the sea

I know that in basic version of SoC each settlement must be at least two roads away from any other settlement. In Seafarers expansions you can build ships, so my question is - does this 'roads rule' also applies to ships? I haven't found anything about this in instruction for expansion.

In other words, can you build two settlements like this:

O is the settlement, - is the ship 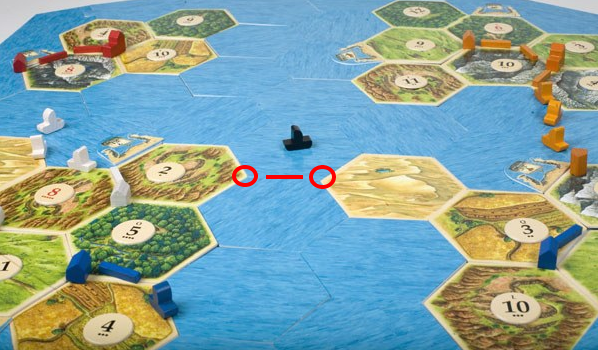 It's pretty obviously NO.

Except where noted below, Catan: Seafarers uses the same rules as The Settlers of Catan

Shipping routes act as roads across water (or along the coast). You build and place ships in much the same way as roads

AND it specifically states

If your shipping route reaches a coastline, you can then build a new settlement on that coast, even if it is a new island. Of course, you must still obey the “distance rule” from basic Settlers, even if you are building on a new island.

26
Can you build a road on the other side of another player's settlement?
14
Can an interrupting settlement allow opponents to move previously unmovable ships?
29
What can I do to avoid being stuck being able to do nothing in Settlers of Catan?
6
Seafarers: The Fog Island -- discovering hexes with the Road Building Development Card
9
Does the longest road need to have settlements/cities at endpoints?
8
Is it possible for a person to lose "Pirate Islands" Seafarers scenario before the game even starts?
7
Can I build several connected roads on the same turn?
1
Can I build a settlement at an intersection two roads away from one settlement and one road away from another?