Can you build a ship in the Caspian Sea?

The Caspian Sea is a lone body of water south of Caucasus and north of the Middle East. It is also not connected to any other sea location and does not have a zone number. Here is how it appears in Axis & Allies 1941: 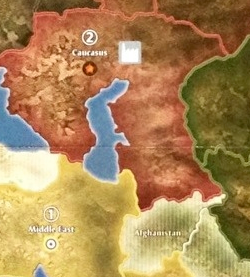 In Axis and Allies 1940 Europe/Global, the Caspian Sea is a sea zone. Therefore, you can build ships there.

Basically, you can build a ship in any sea zone adjacent to a "factory" owned by your country.