When do you collect income in Patchwork?

I find a slight ambiguity in the manual for Patchwork regarding when the special event spaces are triggered. From the rules:

Regardless of the action you take you always move your time token on the time board. Some spaces of the time board are marked. Whenever you move onto or past one of those spaces, resolve the corresponding event.

The problem is that the markers for the marked spaces are actually placed between two spaces. When exactly does the button pay out? The same applies to the special patches. In the example Green has definitely moved onto or past the button, but has Yellow? It is also possible that the button itself is a space. 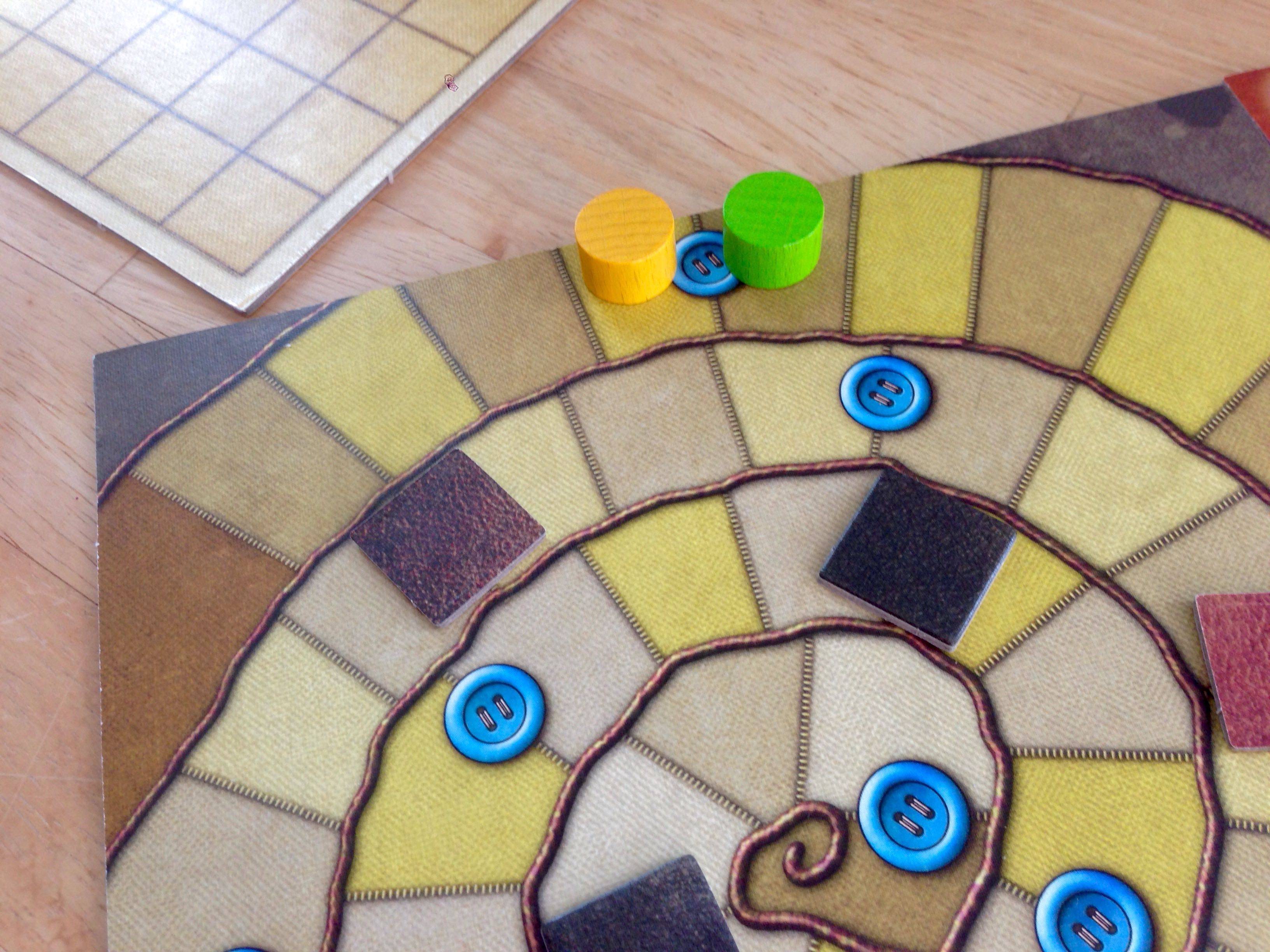 Maybe this is a situation for a house rule, or I could just be missing something.

The English rules aren't very specific here so I looked at the German rules by the same publisher. They use the word 'überqweren', which means 'to cross' (as one would with borders).

I don't know why it says 'onto' in the English rules, it's not possible to land on buttons or special squares.
According to the link that Znorg provided, this is because in an early prototype version of the game the markings were on specific spaces. This was later changed, but overlooked when the rules got their review.

The correct reading is this:

There are markings between some spaces of the time board. Whenever you move past one of these markings, resolve the corresponding event.

I think you can interpret the rule in one of two ways:

Just agree on an interpretation with your opponent before you start playing .

If you are stacked up on the same space, the player on top does not receive income because his turn is not over. If you land on either of the 2 spaces the income button is touching then you receive income. Both squares the button touches allow for income.

Not the answer you're looking for? Browse other questions tagged patchwork or ask your own question.

6
Patchwork: why so many buttons?