Can Breaker Bay Grid be used to reduce cost of other Regions?

The rez cost of cards in this server is lowered by 5.

Can this be used to lower the cost of rezzing another Region (and then trashing Breaker Bay Grid to satisfy "Limit 1 region per server") like SanSan City Grid, or must I trash the first Region before rezzing the second? 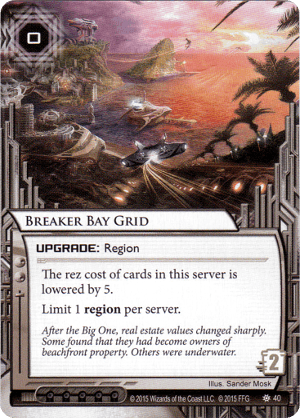 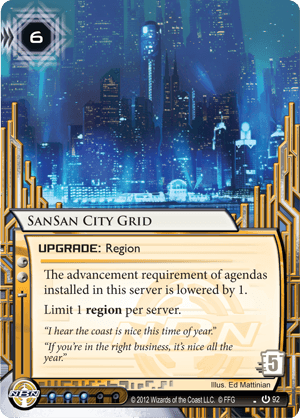 You cannot because upgrades are always installed un-rezzed from your hand.

Also note the reason is because you aren't allowed to have two regions installed and the time to discard the other one is before the new one is played per the rules.

9
Can abilities with a [Click] cost be used during a run?
5
Can I spend Stimhack credits after accessing cards?
3
Can Nisei MK II Be Used During an Ice Encounter?
2
Can you trash Crisium Grid to make the run Successful?
4
Does Breaker Bay Grid reduce the cost of ICE hosted on Awakening Center
7
When Data mine is triggered, if the runner survives this ice, can (s)he/other still continue?
4
Trashing two birds with one stone
5
Can I advance an agenda over it's scoring cost?