Where/how does the Magic: the Gathering Quick Start Guide booklet actually get distributed in the physical world?

Magic: the Gathering has a basic rules PDF, aka the Quick Start Guide, that was instrumental in my understanding the basics of the game (like the stack and spellcasting). The M15 version is available from the Wizards site.

Despite being such a great resource, I've never actually seen this in the form of a physically printed booklet even once. It explains so much about the game, and if every MtG player had one of these, I bet we wouldn't have half the confused beginner questions we get. I've heard from several sources that M:tG intro decks used to come with basic rulebooks, but that's no longer the case. 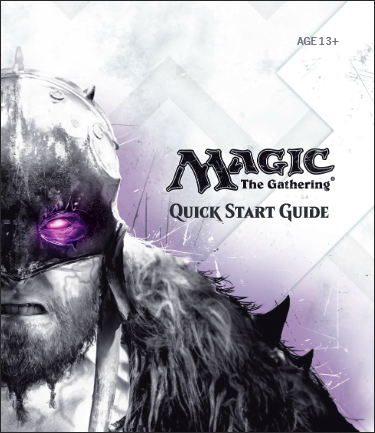 Instead, the only physical rules printing I've ever seen are these little fold-outs that come in the intro packs and fat packs, which are good enough to get you started but skip many vital details: 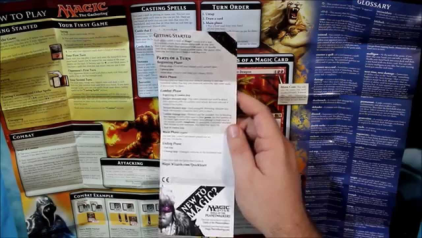 I live in Australia, I started shortly after M14 was released, and at various points I've opened booster boxes, fat packs, intro decks, and duel decks and been to pre-release events and the M:tG booth at a couple of Penny Arcade Australia Expos. All of that, and I've never seen even one of the Quick Start Guide booklets.

So: Where and how do the Basic Rules booklets actually get distributed, if at all? Where would I expect to find or see one in real life?

I can confirm that these kind of booklets were available up to at least 8th Edition as physical copies: I bought some kind of introduction pack which contained two 40 card theme decks and a quick start guide (see archive.wizards.com, it's the rulebook that's available as a PDF).

So far it doesn't look like they're still available as physical copies. My first guess was to look at the Magic 2015 Core Set 'Deck Builder's Toolkit' because according to the Wizards website it contains:

The support you need to build your own Magic: The Gathering decks. Includes 125 semi-randomized cards suitable for building several different decks, four 15-card booster packs from a variety of recent Magic sets, 100 basic land cards, a deck builder’s guide, a Magic learn-to-play guide, and a card box. (Emphasis mine.)

However, a youtube video (I will link in the first comment, since I don't have enough reputation for more than two links) shows that it's the same 'Rules Reference Booklet' as mentioned in the question, as well as a 'Deck Builder's Toolkit' fold out which I think contains deck building tips. Clash Packs seem to contain similar kind of fold outs (see second video linked in comments). Together with Jefromi's answer it seems unlikely that this rule book is physically available anywhere else.

29
In plain English, how does casting spells and using creature abilities work with the stack and priority?