Is this box an official MTG product? Who are the featured characters?

I got this box years ago from a (then) friend together with their collection of cards (many from 5th edition up to Urza's Saga). It is a flip-top box with a warrior on the top (pictured), the sides feature warriors fighting dragons and other monsters. The back (also pictured) features the Wizard logo and the following text:

It can hold three cardboard theme-deck boxes (the type you also get in fat packs) side by side.

My questions about this box are:

Has this box been part of an official Magic; the Gathering product?

Is / are the warrior(s) characters featured in Magic? 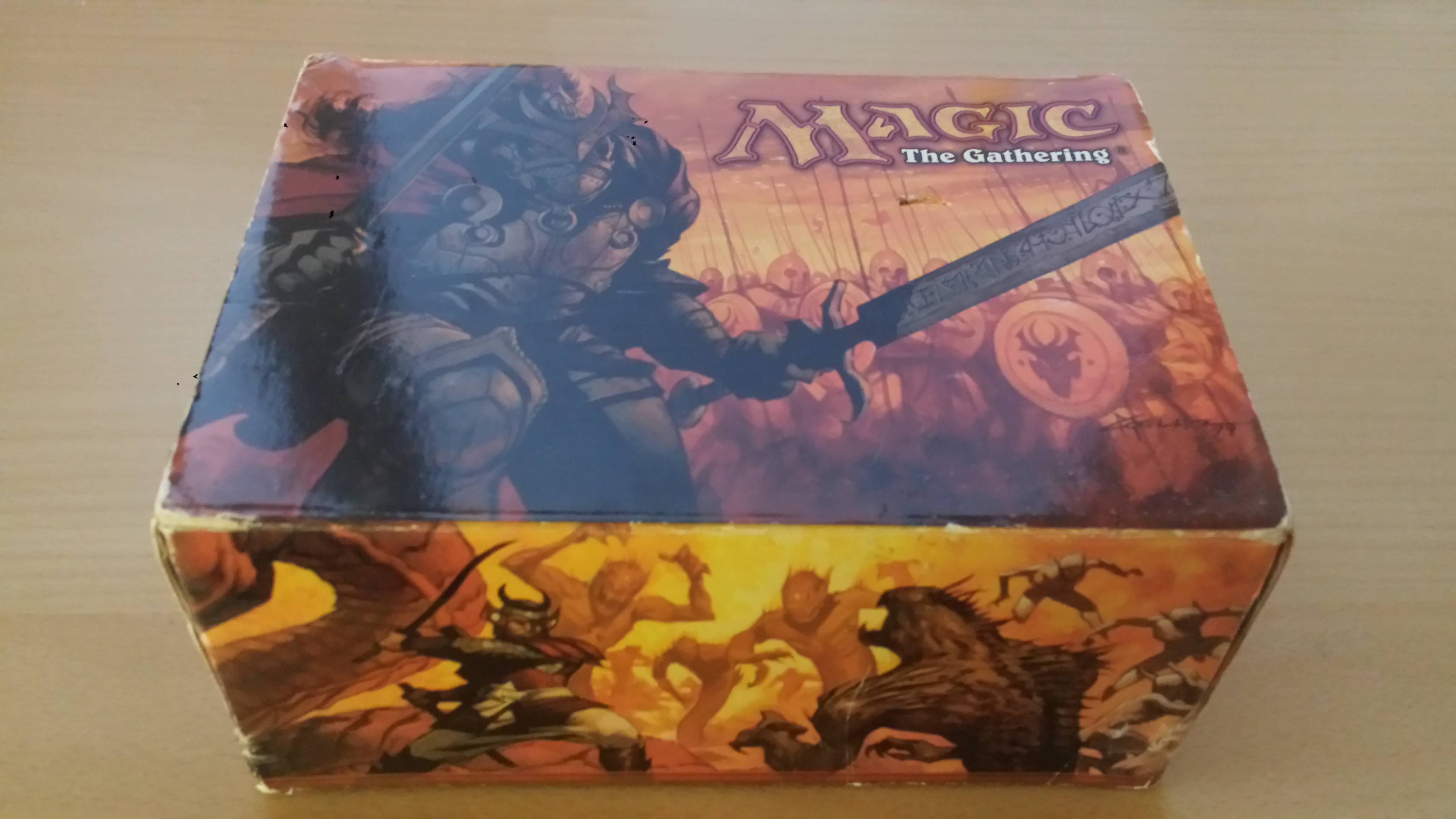 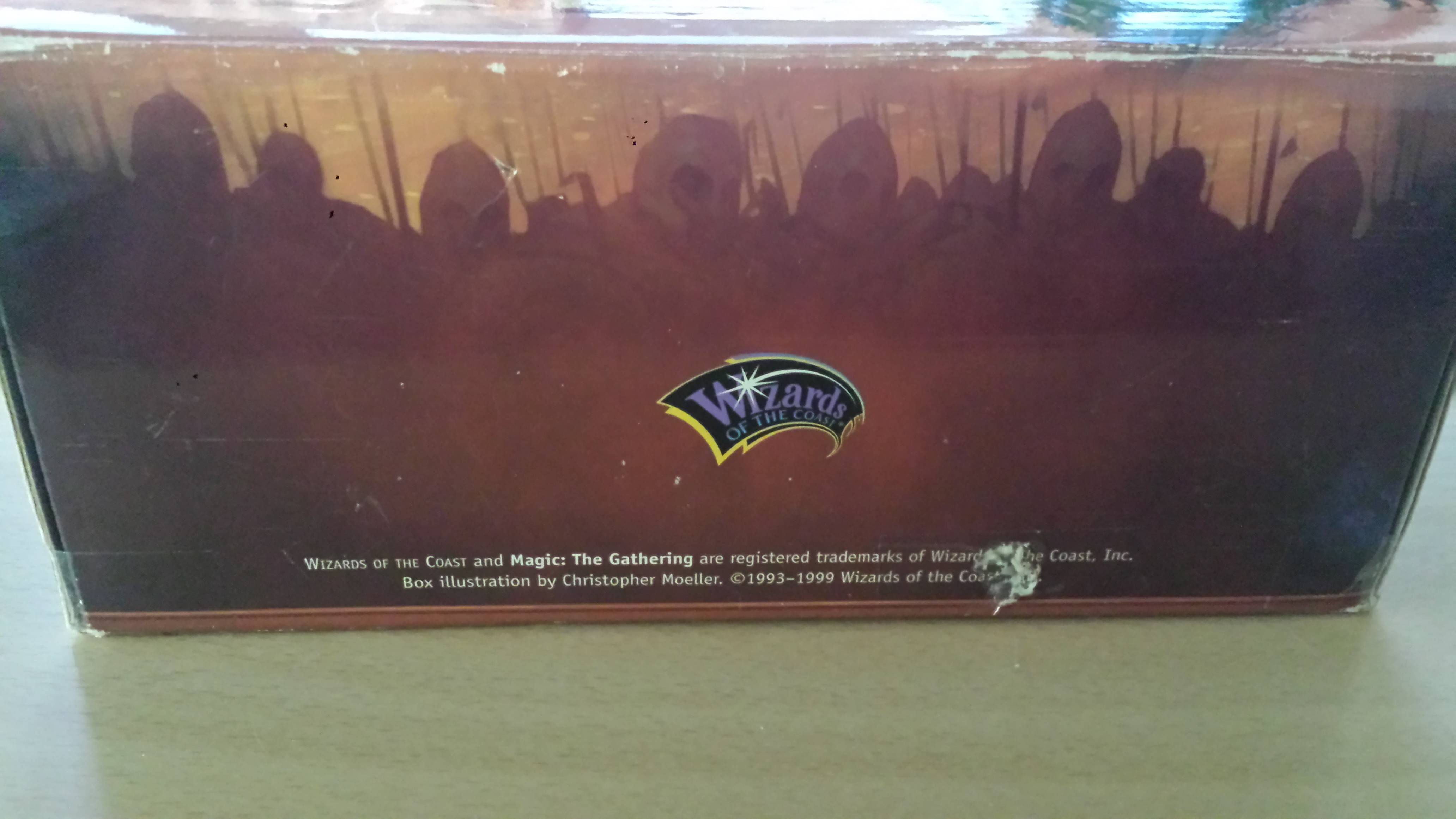 That is the Battle Royale box. It's a preconstructed theme deck box from November 1999, and it came with four 40-card decks. It came out during the Masques block, between Mercadian Masques (October 1999) and Nemesis (February 2000).

I can't find any indicators of who the box art depicts. It doesn't seem to be a card art reprint — Christopher Moeller is credited for the box art, but it matches none of his Battle Royale cards' art. It doesn't even match the art style used on cards at the time, and it doesn't seem to depict anything from cards in the box. The official product page (from a very old part of the Wizards site) just calls it the "Battle Royale Box Art". Probably Moeller was just told to paint a bunch of fantasy creatures fighting and they put that on the box.

(Thanks to Jefromi for checking through the card art too, and finding Moeller's art.)

How I found this out, for future investigators: I searched Google Images for "mtg 1999 deck box", since that copyright line means it must have come out in 1999. The results showed boxes of this type were either starters or preconstructed theme boxes. "mtg starter box" didn't get me anywhere. I opened the list of MTG sets, and googled "mtg sixth edition preconstructed box", and then "mtg nemesis preconstructed box" (that box looks nemesis-y), and found photos of a box exactly like that one, and one of them was on a MTG Salvation Wiki page.

9
What are the legal tournament formats for MtG?
0
In MTG, when sacrificing another player's creature, who performs the discard into the graveyard?
3
Does the MtG lore have an official explanation for banned cards?
3
What are the correct official abbreviations for Commander's Anthology & Arsenal?
1
Where are the MTG Lexicon pages?
1
Is there a maximum duration for MTG official matches?
1
What if somebody used counterfeit/proxy basic lands in an official MTG tournament?
6
Are in-universe Magic characters aware of colors?