As a child (UK, born 1989 so playing it mid-to-late 90s I guess?) I played a game which (IIRC) centred around collecting animals from different environments.

I don't at all remember the nature of the game play except that it involved collecting animals from the different environments.

If anyone can identify the game, so that I can look online for a copy of it, for the nostalgia rush, I'd be really grateful :)

I also used to have it. Spent a while looking for it but I'm 90% sure this is the one you're looking for.

Was this the game: http://www.games-collector.com/boardgame/w/wild-life-1st-edition-1965.html 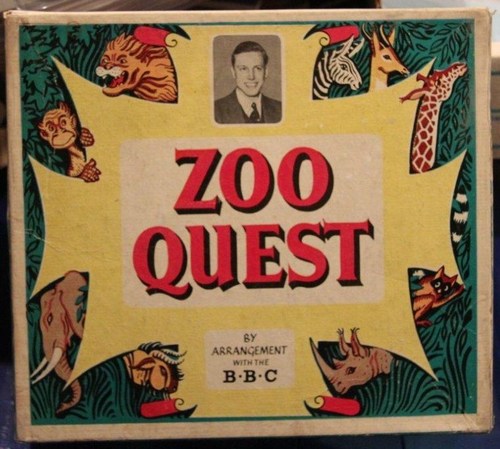 This was a board game released about 1960 in which players travel around Africa, from desert to jungle to savannah and capture animals. The game ends when you get your animals safely to a zoo in Nairobi. The game was a tie-in to the Zoo Quest programme running on the BBC at the time.

In the version that I have played, which was bought from a charity shop, there is no cardboard mountain in the centre, but that could have been lost over time.

Endangered Species matches most of your criteria. It was released before the 90s, has a square board, and involves collecting animals from different environments (although each group represents a different continent, rather than a biome). However, there is no mountain in the middle, but that was the part you sounded least certain about. 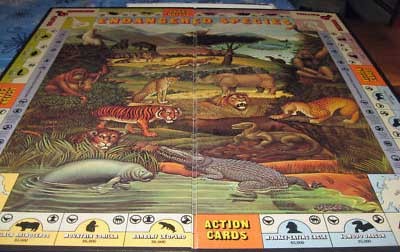 2
Old WW2 game played with cards instead of a board
3
Name of empire building game with negotiated alliances?
2
What's the name of the board game with dinosaur cards?
14
Name of the game where you are a monk collecting scriptures and could become pope?
3
A game with coloured animal tiles & figurines of Chinese men
3
Board game that you set up each time differently with little cards
5
Biome/nature board game- collecting animal cards from different environments
1
What was the game with a plastic Bigfoot that left footprint counters?
4
Identify game about ecology, earth & pollution with prisoner dilemma at the heart of the game