I know in a four player game the standard terms for the players are:

Now that I think about it I can just drop South for three handed games:

Five handed games have that pesky extra player so I have:

Those terms work, but they don't have the pizazz of the cardinal directions and feel slightly awkward. What are the usual terms for five handed matches? If there aren't any usual terms, what words can I use that clearly convey the location without sounding awkward?

I've realized that I was ambiguous about the context of the question. What I'm looking for is generic terms used when diagramming play on paper. For an example of what I'm talking about from Bridge: 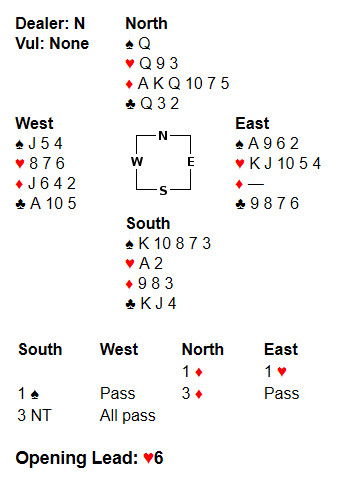 I don't know of an "usual" way of calling players in that case, but wouldn't a clock analogy do the trick, here?

Bouncing on @rainbolt's answer, if spatial position is not important in the game you describe but you fear confusion by using A,B,C,D,E or 1,2,3,4,5, you could maybe also go with the Greek alphabet : alpha, beta, gamma, delta or epsilon (or the symbols if you think people are familiar enough with them)...

An alternative I sometimes use when I need to describe players around a table in a rule or an example are first-names. I then tend to use the first letters of the alphabet as their initials to convey the idea of people in a given order. For instance : Alan, Bridget, Carl, Dan and Ellen.

I don't think there are any usual terms. This is not as fancy as cardinal directions, but it is simple:

The beauty of this approach is that, like cardinal directions, as soon as you know one position, you can easily identify the remaining positions. Granted, you have to know whether the numbering is clockwise or counter-clockwise (people generally expect clockwise, the same way that they expect West to be on the left).

I do not see much confusion stemming from numbering the players. Consider the sentence "Two leads with a two." It is easy to identify that the first "two" is a player, while the second "two" is a rank. In the rare situations where additional clarification is required, simply provide the full qualification, "player two", instead of just "two".

Card games often use cardinal seat naming; probably for the intuitive/spatial advantage. When the number of players forces a decision to be made about how to name a seat using cardinal points, I'd like to offer a few principles that I have long considered and now adopted in my Pinochle Notation (viewable @ http://www.powerpinochle.com/forum/PN.php#Seat# )

For pinochle, which may include 2 - 8 players, this is what I would recommend:

That said, from a programmatical standpoint numerical seat naming is best, but for human comprehension there is usually something to gain from referencing compass points.

In chemistry, a five-memeber ring molecule has positions named by distance from a given reference point.

In a six-member ring, the positions relative to North by increasing distance are ortho, meta, para. That last is the position opposite North, and so it can be dropped from a five-member ring naming system. Similar differentiation is done using left/right again.

If you want to be particularly fancy, you could also use levo- and dextrorotary or L and D, for left/right respectively.

All of these combinations also happen to use unique letters for any given position or direction: A and B or the symbols alpha and beta; L and R or L and D; and O, M, P. It is therefore clear which position is referred to, regardless of whether distance or direction is given first in any shorthand.

11
What are the proper names for the places where cards are drawn from and discarded to?
23
Are there names for the different types of adjacency in a square grid?
6
Gaming Term for display of cards player can pick from?
1
Looking for the name of this two player patience game