The fourth exception on Page 3 of the rulebook for the pillbug states:

The Pillbug may not move a piece through a too-narrow gap of stacked pieces (violating the Freedom to Move Rule).

What exactly would be considered a too-narrow gap of stacked pieces?

Our guess was a situation, where the bug to be moved is between two stacks of pieces (two Beetles on top of the hive, both also adjacent to the pillbug). But I don't see how this would violate the Freedom to Move rule.

Another option (ignoring the word stacked): If the bug to be moved would not be able to move by itself (e.g. surrounded by 5 pieces), the pillbug can not move that piece, either.

The English explanation sounds kind of different to the German rule (translated by me):

The Pillbug may not move a piece, if this movement would also move other pieces or if the piece is surrounded.

So, the Pillbug is not able to 'rescue' a surrounded piece? Also, can the Pillbug move a piece into a location (e.g. enclosed space) the piece would not be able to move into?

The piece that is moved by the Pillbug's special ability travels on top of the hive in the same way that a Beetle would. If there are Beetles at that level, you will have to move around them as you would during normal movement at ground level.

To illustrate this, I'll use the picture from the rules that you quoted: 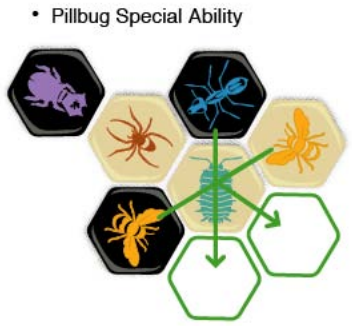 In this example the Ant can be moved by the Pillbug ability. Now imagine two beetles (B) present on top of the white Bee and white Spider: 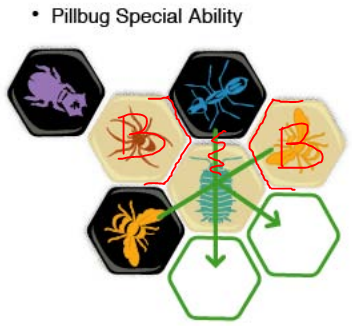 This would make the gap between those two stacks too small for the ant to pass through, thus violating the freedom of movement restriction.

The gap between the two stacks is too small for the ant to pass through, thus violating the freedom of movement restriction. 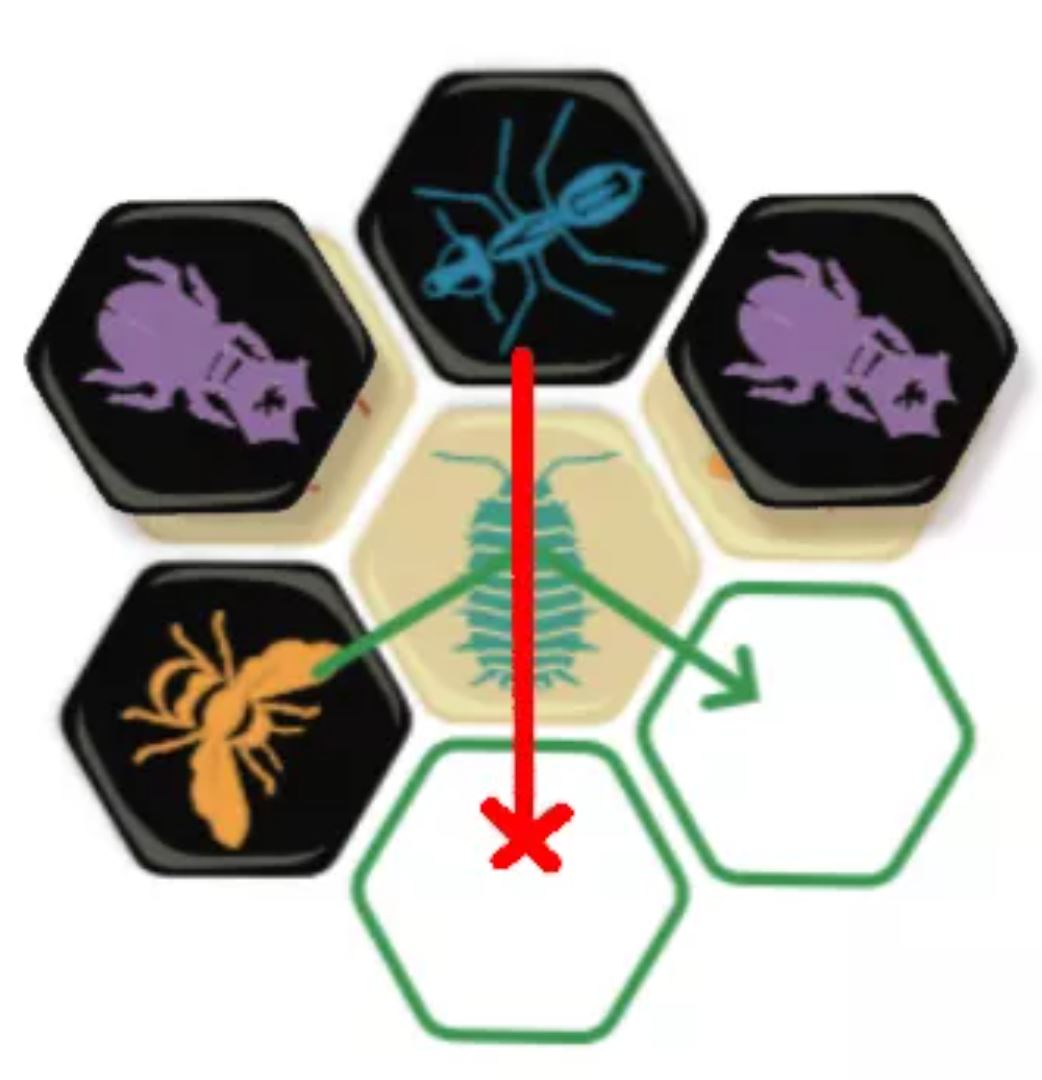 10
What happens in Hive if you cannot lay a piece?
1
Weight and dimensions of Hive game pieces?
10
In Hive, can Beetle hop over to another lane?
3
Has Hive already been completely 'solved' for AI?
0
Does the One Hive rule apply to preserving a continuous hive for your opponent as well?
3
In Hive, can a beetle go up/down into an empty space?
1
Can the beetle start on top of the hive?
9
Hive's freedom of movement rule - can you 'pass over' a gap that you can't go into?
5
How to break a stalemate in Hive?
6
Beetle movement clarification