In the 60s, we played a maze type game that used a round disk that was larger than a carrom that we hit with a cue stick. The game board was square and much larger than a carrom board. The play started on the outer part of the table and progressed around the board, eventually spiraling around to the center. There were wooden barriers that each player had to maneuver around or through and each corner had a small opening that had to be entered. There were numbered, painted areas that each player had to arrive at (in order). The object was to continue around the board while precisely hitting the disk to specific spots on the board and finally ending up in the center of the board.

Does anyone remember a game like this? Preferably with pictures.

Here is the original forum I found it on.

Also here is the picture I found: 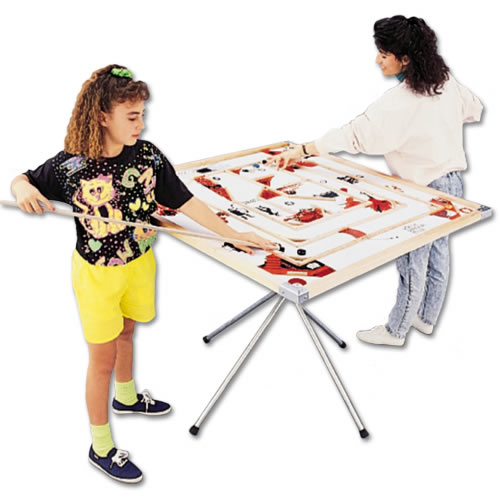