Did Wizards ever write a followup for the 2003 card face redesign?

I started playing Magic: The Gathering in 1997, when the Fifth Edition had just been released. The game immediately captivated me, and I especially loved the visual design. 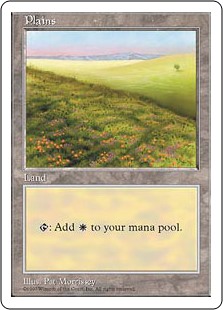 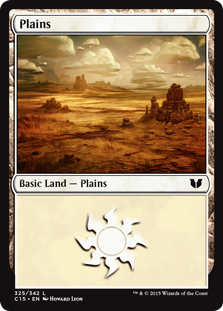 A radical card face redesign was announced in early 2003 for the Eighth Edition. Today, in 2016, this is ancient history, and the "new" look has been the standard for more than half of the game's existence.

My question is this: Wizards of the Coast has repeatedly written followups for card mechanics, such as a lengthy blog post explaining design mistakes that led to several Urza Block cards being banned. Has anything like that (positive or negative) ever been published by Wizards employees about the 2003 visual redesign? I'd really love to know how they view their decision in hindsight.

The references section of the Card Frame article on the MTGSalvation Wiki refers to a large number of articles published by Wizards about card frame changes. The ones about the Eighth Edition change that you're asking about are:

The article most relevant to your question is Frames of Reference, because it is where Mark Rosewater explains why exactly they made those changes.

To demonstrate exactly how not a big deal it is now, there's a mention in Twenty Things That Were Going To Kill Magic" in 2013:

One day, CAPS, the department in charge of laying out and printing the cards, explained that there were a few changes that needed to be made for printing purposes. R&D saw this as a chance to fix a number of other problems with the card frames and revamp them. As this new frame first appeared in Eighth Edition, they were referred to as the Eighth Edition card frames.

This change had a huge impact on how the cards looked and many players objected to the shift. They felt the new layout had less of a fantasy feel and moved the game away from its roots. This was another very loud outcry with many words written both in articles and on message boards.

That is, they still just think of it as having fixed some problems (or at least Mark Rosewater does).

This is corroborated in Starting Over, where Mark Rosewater discusses what he'd change if they started over (in the form of a time travel conversation with Richard Garfield):

"We also changed the card frames to make the words easier to read. Especially in the name. The original font and layout made reading cards from far away very difficult."

(Looking back up at your example, I have to say I totally agree: whatever you might say about the beauty of the design, the old one is way harder to read, and that's pretty important in Magic!)

In fact, he goes on to mention that if they could have, they might well have made even more changes, mentioning the Future Sight frame as an example of some ideas (thought not the optimal form).

I don't think I've ever seen anyone at Wizards say anything negative about the redesign, and generally, it's not a topic comes up much at all, suggesting they're still pretty happy with the decision.

4
Does Wizards of the Coast still package World Championship Decks?
15
Why does Wizards of the Coast print terrible MTG cards?
10
Does exiling a morph card face down for the turn bring it back face up?
2
Exiling Creatures: When is the card face up and when face down?
15
Why did Wizards of the Coast change the minimum deck size for Constructed from 40 to 60 cards?
6
Has there ever been any use for Lich?
6
What is the penalty for lying about a face-down card?
2
Does the Changeling ability count for Happily Ever After?
11
How did Andrea Mengucci receive a game loss for incorrectly registering his card on arena?
3
Can I use the back face of a modal double faced card for abilities while the card is not on the battlefield?