Decision Trees in board games?

I'm trying to design a new game, where one of the key mechanics of the game is to make decisions (or let the dice make them for you). I'm trying to figure out how best to design this into a card, and make it look understandable, and not require too much space. Essentially what the players have is a decision tree, for those not familiar this would be an example: 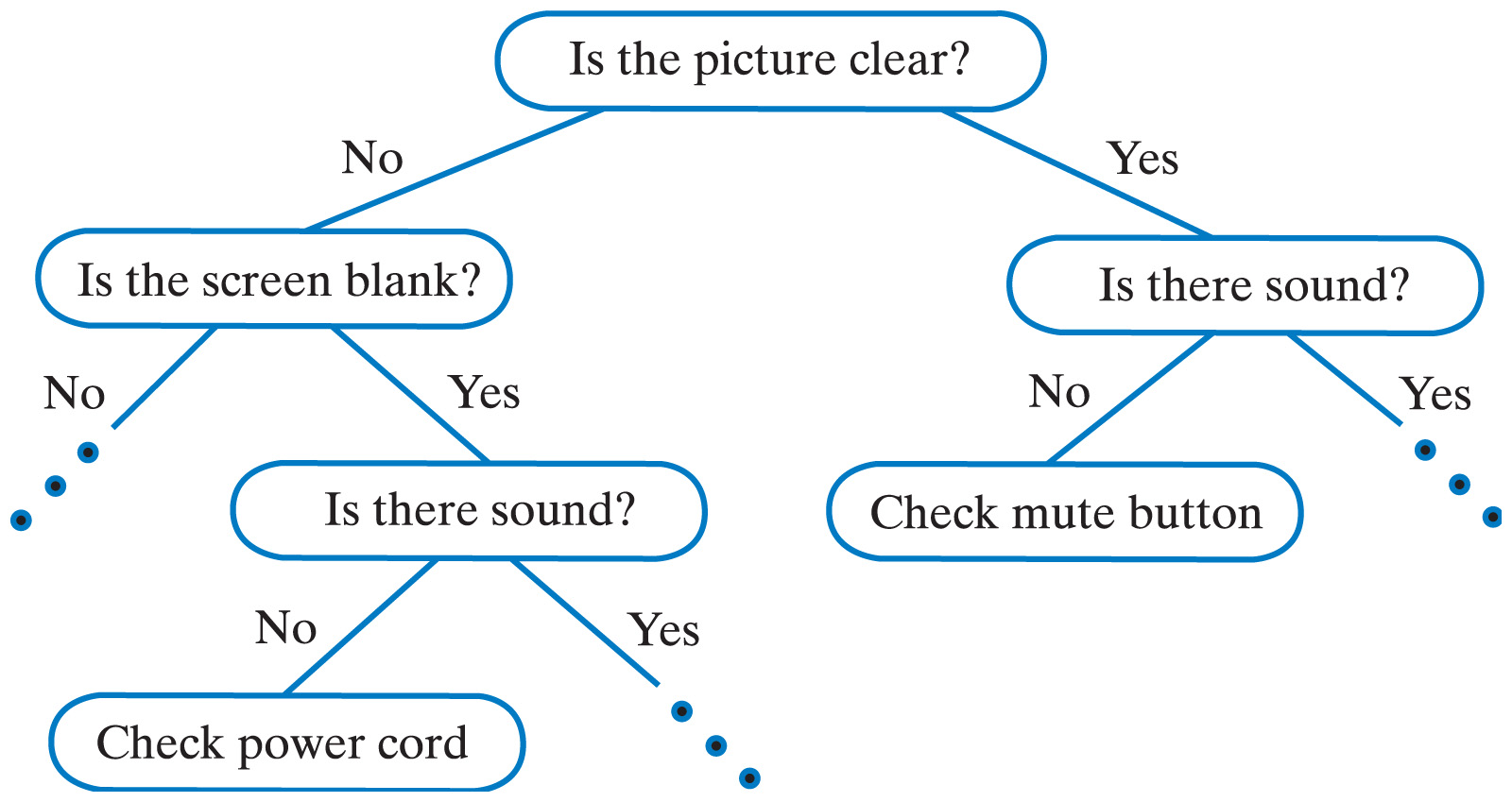 I expect to have many of these tree (1 per card) and I need to figure out how to present them. I can think of two options, I can either:

So to try and keep this on topic, have you seen any other games that provide a decision basis like this and how've they accomplished it? Additionally do you think one of these is better than the other (and why)?

Freekvd raised some good questions so I'll incorporate these in:

What kind of tree complexity are you considering?: Generally I'm trying to keep them simple, sharing nodes as much as possible. Nodes would normally converge (I wouldn't really expect more than 2/3 at the same level).

Does a node always have two branches? Yes, essentially success or failure.

Do you have a maximum tree depth in mind? – A maximum of 5 items (including a terminus deep), although they tend to be quite narrow.

Here's an actual example of one of medium complexity at present:

I don't know any games that use decision trees, at least not visually. The only game I can think of that lets you manipulate rules to reach a certain goal, is fluxx.

To keep with the visual decision trees, you could use a single card per node: 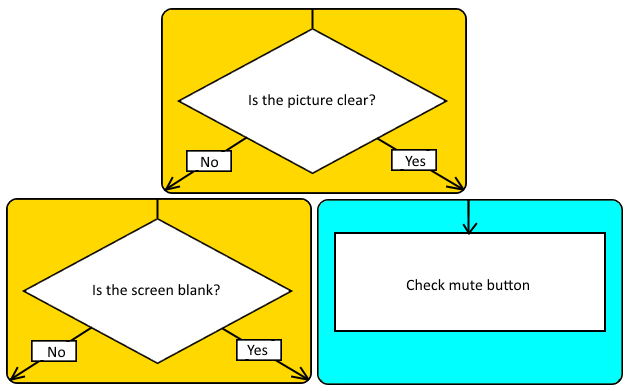 Cards could be decision nodes and terminal nodes, and you would need a starting node for each tree.

Alternatively
You could use concentric pie charts to visualize the type of directional graph you're describing: 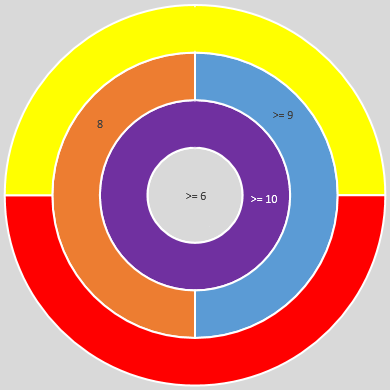 Just start at the center and follow the labels.