Can anyone tell me who Mr. Suitcase is?

I acquired a collection of cards among which were some sinkholes. One in particular is signed; 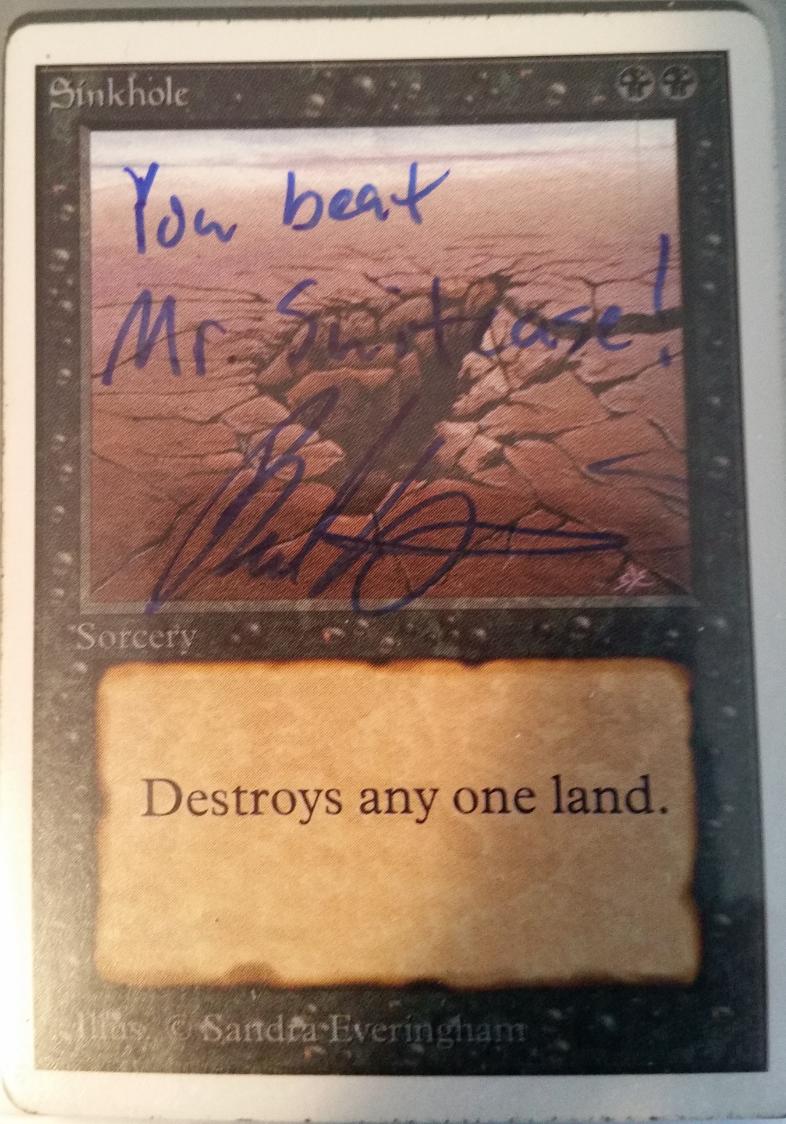 I understand the name in concept. From the wiki page for The Duelist:

"Mr. Suitcase" being a reference to the large collections of cards that some players would carry with them

I even found an article by a person asking to referred to by that name on Wizards.com

In the case of the latter I had tried reaching out to the author but received nor response. However given the name of the author is Kelly Digges I doubt that is his signature.

If the former holds true it could just be anybody. I am curious to know if this is somebody? Searching for BuHo didn't get me anywhere.

Unfortunately, there was never any one person known as Mr. Suitcase. Mr. Suitcase is old-school slang for someone with a lot of cards. More likely than not this was just some random guy who was kind of a big deal at his local shop.

The basic idea is that in the early years your average player didn't have a lot of money as most players were students. So they would show up to tournaments with decks built from their limited collections of cards. Mr. Suitcase, however. Well, he had tons of disposable income and a collection to match. A collection so big he had to carry it around in a gosh-darned suitcase. This meant that he could build pretty much any deck he wanted and it would be better than anything else anybody else could bring.

Mr. Suitcase isn't necessarily good but he usually has an ego. It's not surprising that he would sign what was probably his ante card when he lost the match