Do creatures from outside the game go to the graveyard?

Okay, so I was looking through some eldrazi to purchase and I came across Spawnsire of Ulamog. 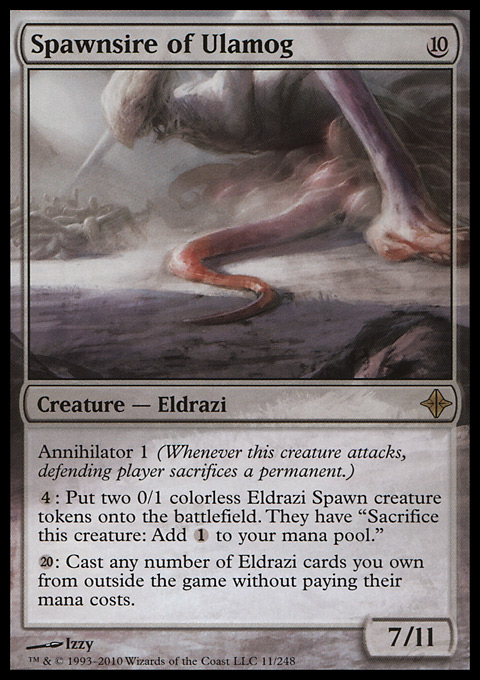 I want to purchase it for my deck but I want to know how it works before I buy it. My question is, when you bring creatures from outside the game to the battlefield with this ability, when/if those creatures die, where do they go? Do they hit the graveyard or get removed from play?

Once a card has been brought into the game, it is treated like any card you have started the game with.

The game rules make no distinction between cards from your deck and those that have been brought into the game after the game has started, they function exactly the same. Therefore, any card you bring into the game with Spawnsire will do whatever it usually does, including going to the graveyard if the game rules require it.

The only difference is that you have to remove those cards from your deck before the next game starts, but that's a matter of tournament rules rather than game/match rules.

12
What is the most effective creature that can be resurrected from the graveyard in MTG?
9
Phage the Untouchable as a Commander?
0
Will returning a creature trigger Prowess?
7
How do Aether Rift and Library of Leng interact?
2
Aligned Hedron Network and Ulamog's Despoiler
2
Does Aligned Hedron Network exile creatures that enter after it does?
5
What is the difference between Owning and Controlling an object on the Battlefield?
13
Why do effects that exile a card from the graveyard use the characteristics the card had in the graveyard?
8
How does Over My Dead Bodies interact with combat-related abilities of creature cards in my graveyard?
4
Can Zombify target a creature card that isn't in the graveyard?