What is this game with cards you describe, draw, or act out, decided by an electronic unit?

Can anyone help me remember the name of this game? We played it around 2005. It was an electronic game with a purple (I think) unit. There were no teams. Each player chose a color. All the participating colors checked in on the unit to start the game. There was no game board. The game then chose a color to take a turn. You would select a card and insert it into the unit. The game then decided if you had to describe it, draw it, or act it out. The game also chose which color you would be doing the card with. It was all completely random. The game unit kept up with the score and at the end announced how many points each color had earned. I think there were two electronic hosts, one male and one female. I distinctly remember the female voice slowly saying, "Maybe you should try to act", slowly sounding out each letter in the word 'act'.

I remember playing this game as a kid! I believe it was called "Express Yourself". Hope I helped in some way! 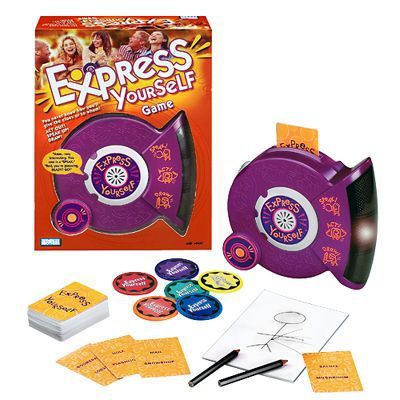 Could this be Cranium Turbo Edition? 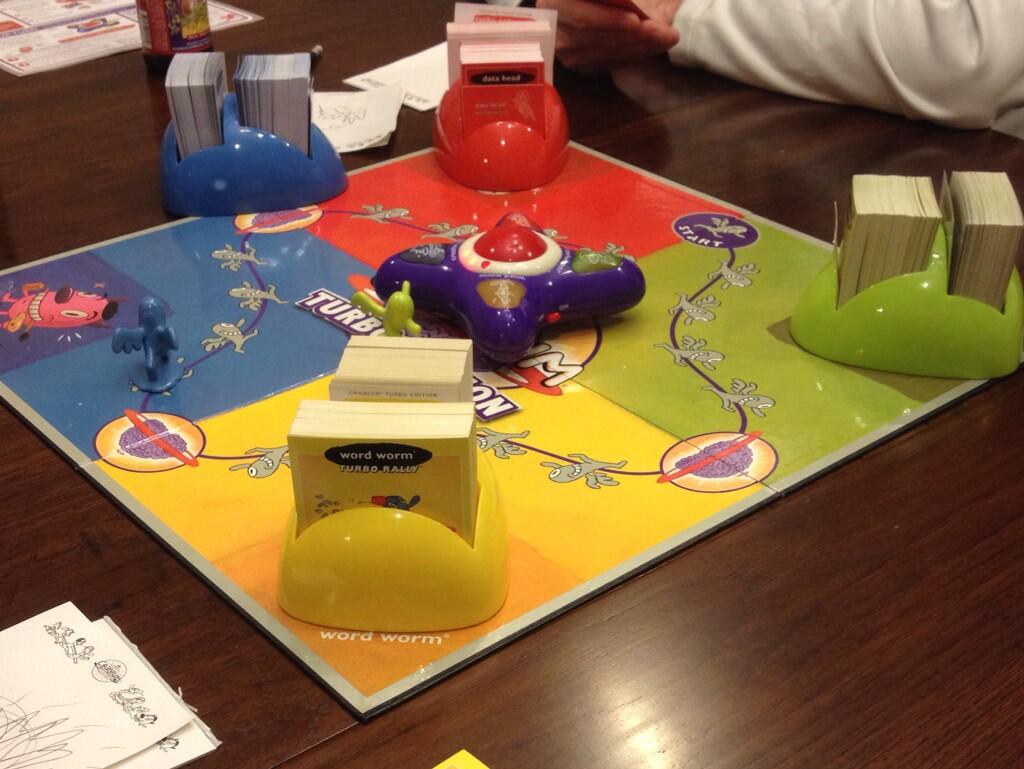 Your description reminded me of Taboo. Therefore, I googled for an electronic version of the game and got two hits.

I do not know these versions so I do not know if they match the rest of your description but I hope one of these two is the game you are looking for.

It could be Pictionary. Although this does have a board, maybe you have a different version. But in pictionary, you do have 2 different coloured cards and you have to draw what card comes up. The "unit" that you are talking about might be an electronic version of Pictionary where the "unit" gives out a random card.

4
Multiple games in same box using same components. What was it?
3
Identify board game played as a child featuring cute monsters
10
What is this game, played with chess board and pieces, but with totally different rules?
3
Name of empire building game with negotiated alliances?
9
15 years old card game with ancient battles theme and complex mechanics
12
Adventure board game I had as a kid
3
What is name of this card game?
4
Simplistic Area Control Board Game with Discs
8
ID 1980s kids' astronomy book featuring a board game about asteroid mining