Is Parcheesi simply an alternate name for Pachisi? Or are they significantly different games?

As a result of a recent meta discussion on tag synonyms, I'm wondering: is Parcheesi simply an alternate name for Pachisi? Or are they significantly different games?

My initial searches were inconclusive. According to Board Game Geek, they are the same game. However, there are separate Wikipedia articles for Parcheesi and Pachisi.

In modern, Western usage, they are the same game 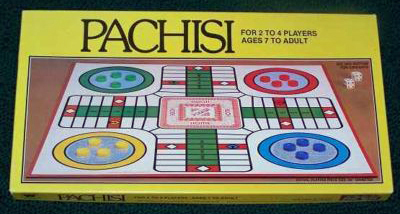 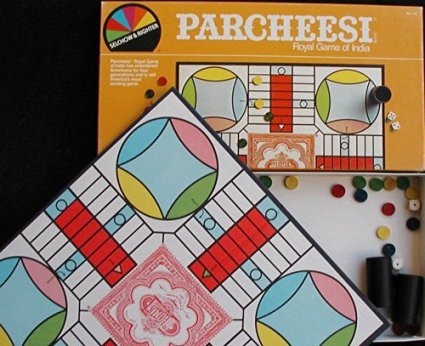 Both of these have similar boards with only cosmetic differences. They also both use dice, are played individually rather than in teams, and have similar rules.

There are some historical differences

Bruce Whitehill published an article about Pachisi and Parcheesi in the September 2007 edition of Knucklebones games magazine. He defines some clear differences between the two:

However, most modern versions of Pachisi and Parcheesi do not have these differences, as shown above.

I suspect that the differences could be likened to regional variations of the game, or a change of the rules over time. This might be compared to Chess. Over the course of hundreds of years, the pieces on the board and the rules of movement have changed, yet the game was still "Chess". In fact, Whitehill's article lists many alternative names for the game, noting that some contain regional rule variations of Pachisi.

It seems that in this case, the rules of Pachisi have changed over time or had variations, and Parcheesi is just another name for the same game.

Parcheesi and Pachisi were originally different games although they have many similarities. Parcheesi was based on Pachisi and was produced and sold originally in the U.S. Unfortunately, even though Parcheesi was produced in large enough quantities to become standard, the rules for the newest version (from Hasbro) are not precisely the same as the rules for older versions (by Selchow & Righter). "Parcheesi" is currently a trademark, now held along with the copyright for the game board cosmetic design by Hasbro. There are still a few other versions with the same travel path (space count, etc.) for the pawns, slightly different rules, and slightly different name spellings, produced by other companies. "Pachisi" was the Anglicized spelling of the original Indian name and has been used either inadvertently or intentionally for new versions.

Not the answer you're looking for? Browse other questions tagged pachisi parcheesi .