Can anyone tell me what this game is called and how it is played? It's a small square board with 37 holes, 10 black pegs and 10 white pegs in opposite diagonal corners. 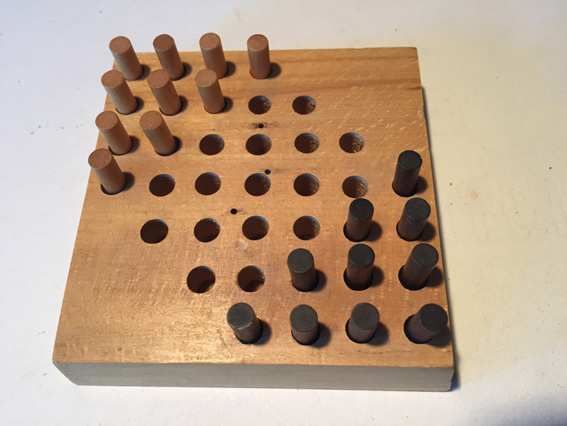 It appears to me that the board you have is a visually stylized version of Two-Player Chinese Checkers. Unlike the regular, 6-player version, the two-player variant utilizes an alternative, smaller board (but can also be played on the regular layout) that could look like this: 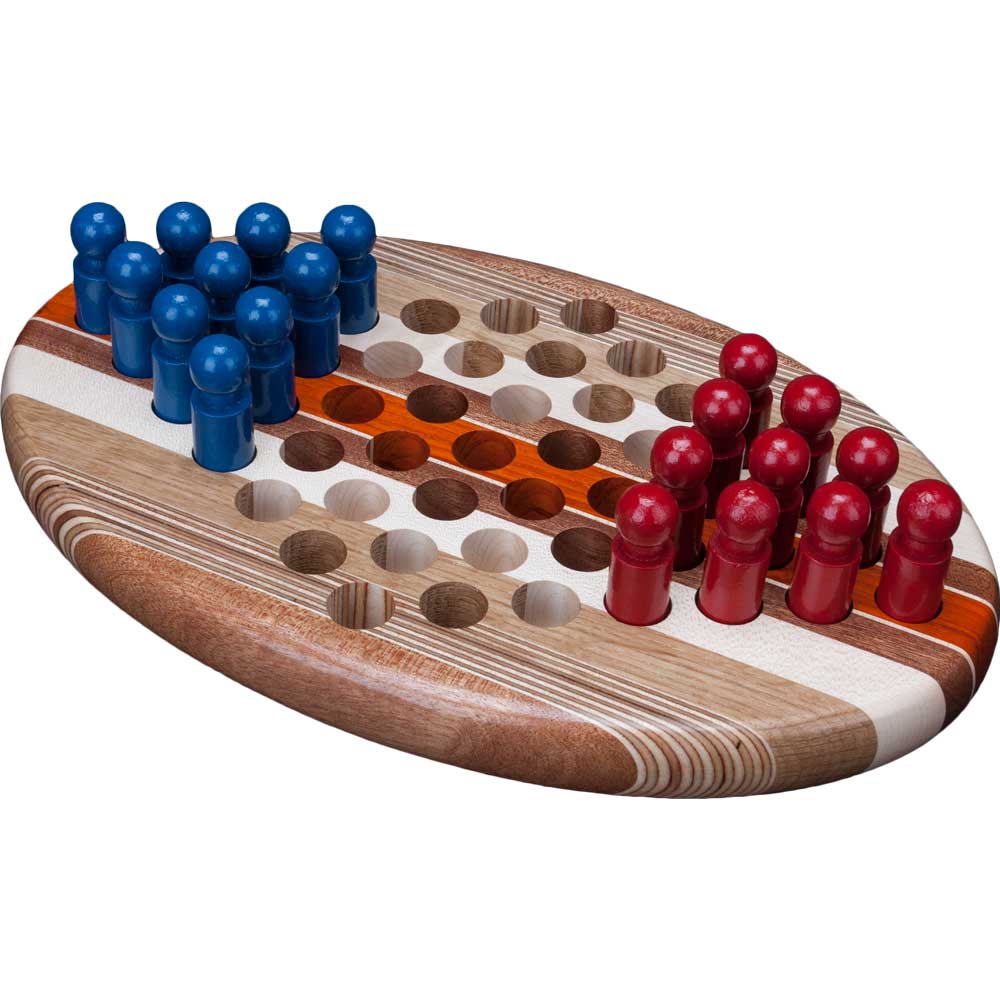 While this is the variant I'm familiar with, a quick search also returned this board, which (although presented in a drastically different layout and with a different number of pieces) is used for the same game: 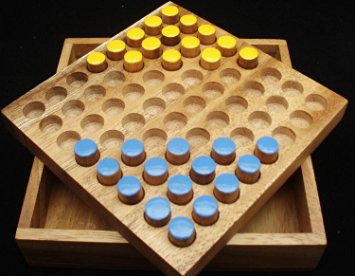 This looks much more familiar to your image, and is equally less diamond-shaped, but still adheres to the basic four-corner principle. Not all variants do, however, like the following one that cuts the sideways corners (which to me seems more true to the 6-player variant): 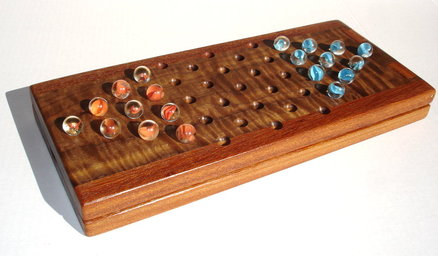 The last image is identical to your board, with the exception of the outermost rows of three holes.

My guess is that there's a wide variety of two-player Chinese Checkers boards out there, made by people who tried to compress the "original" game down in size to accomodate for the reduced player count. I would put your board in the very same category. 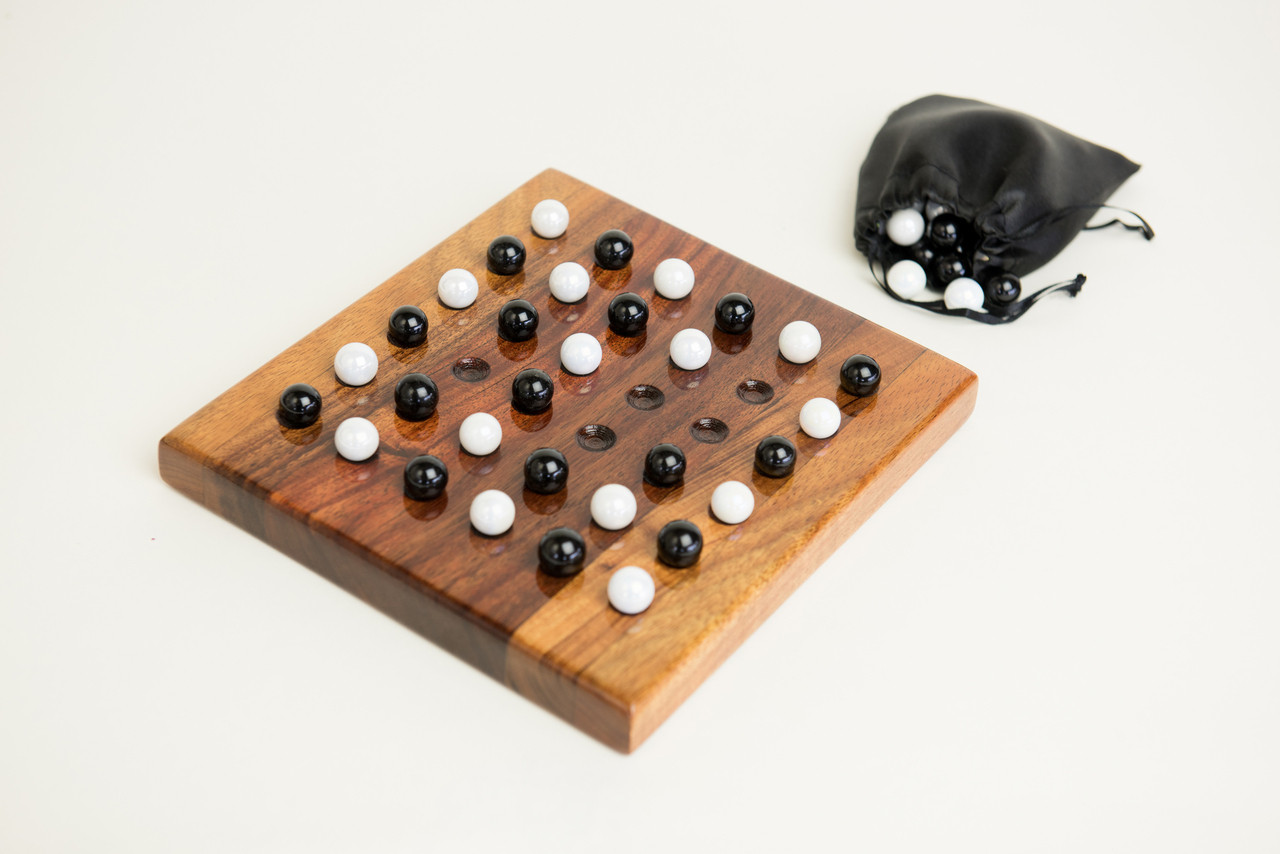 That's 6x6, 36 holes. And the game doesn't start with all pieces in the corners. But I'm assuming that, if you don't know the name of the game, you also don't know exactly what the rules are and are simply describing how the board has currently been arranged by someone?

3
What is this hexagonal board game with 10 marbles to a side?