Can I have two similarly-named legendary creatures on the field?

If I have two different Ulamogs, can they both be on the field? They both share Ulamog as part of their name, but their entire names are different. 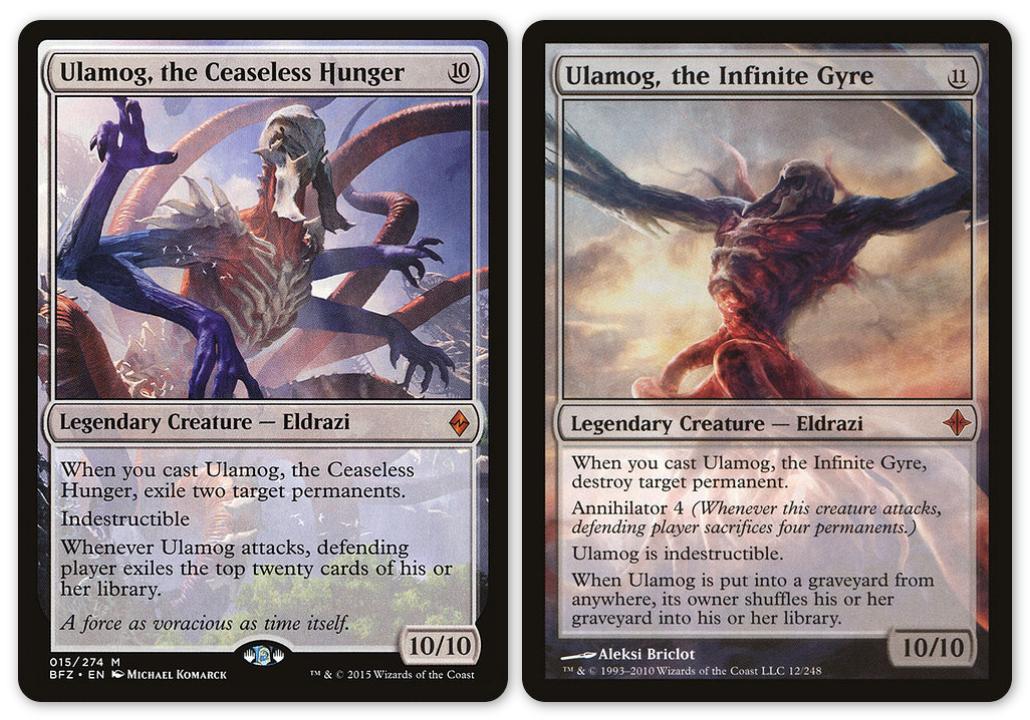 One is Ulamog, the Ceaseless Hunger, while the other is Ulamog, the Infinite Gyre. Does legend rule carry across instances like this, or would it only apply if I had two of either of them on the field?

Legendary permanents trigger the Legend Rule only if they have the same exact name.

Ulamog, the Ceaseless Hunger and Ulamog, the Infinite Gyre have two different card names, so you can have both out simultaneously (even though they're both variants of Ulamog, lore-wise).

201.2. A card’s name is always considered to be the English version of its name, regardless of printed language.

201.2a Two objects have the same name if their names are identical.

704.5j If a player controls two or more legendary permanents with the same name, that player chooses one of them, and the rest are put into their owners’ graveyards. This is called the “legend rule.”

Planeswalker cards used to have a slightly different uniqueness rule:

This used to be the case if you, for example, controlled Ajani Goldmane and Ajani Steadfast. One of them would die, not because they have similar names, but because they both have the same planeswalker type, Ajani.

The planeswalker uniqueness rule has been removed with the Ixalan rules update. All planeswalkers have received errata to be legendary, they follow the regular legendary rule now, and their planeswalker type does no longer matter for uniqueness.

1
Does the legend rule affect 2 creatures with the same general name?

55
What happens if both players have the ability to pump their creature an unlimited number of times?
8
The Comeuppance of Commeuppance
16
In a multiplayer game, if a player is controlling another player's turn, may they reveal that player's hand?
11
What decides whether a card is exiled or returned as a player loses?
6
How many of a legendary card should I be including in my deck?
3
Does Rayami's ability still function if it is in a mutate stack?
1
What number is so large that one would never wish to have named a larger number?
8
When naming a card, can you name a card that doesn't exist?