What is the name of the following chess opening? What are its pros and cons?

At some point, when I was young, I learned an opening that involves the following moves: possibly after moving queen's pawn to the centre (d4), move out king's knight to above the bishop (Nf3), move knight's pawn up one (g3), move bishop up behind knight's pawn (Bg2), castle on king's side (O-O). This results in a very tight and turtle-like defensive formation that was sufficiently aesthetically pleasing to my young self that, in the years since, I've found it quite hard to get out of the habit of using it as my opening. (I'm not a chess expert in any way, I hasten to point out if it's not already obvious, though I do usually beat other casual players.) 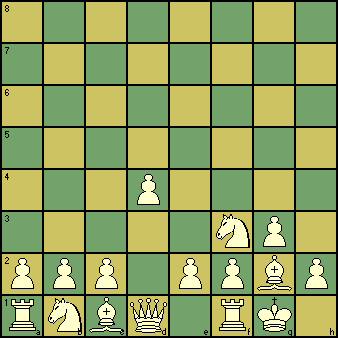 Is this a well-known opening and does it have a name? Given my apparent overwhelming predilection for playing it, what are its advantages, and what weaknesses does it have that I should watch for my opponent being able to exploit? Any recommendations for taking my opening game to the next level would also be appreciated!

Moving your bishop like that is called a fianchetto. There are a lot of openings which fianchetto the king's bishop; what you are describing sounds somewhat like the King's Indian for white.

The advantage of fianchetto-ing your bishop is that it very quickly puts the bishop on the long diagonal, its most powerful position. However, it takes two moves, and weakens your kingside (specifically the f3 and h3 squares), giving your opponent potential areas to attack. For example, a common plan for black in many openings (if his pawn structure allows it) is to force the trade of bishops by Bd7, Qc8, and Bh3. Once the bishops are traded, your king would be very vulnerable to attack.

Traditionally (beginning with Steinitz), it was taught that one of the goals of the opening phase was to control the center by occupying it with pawns. However, Nimzovich introduced hypermodernism, which states that the center should be controlled from a distance by pieces, not occupied by pawns. Neither view is more correct than the other - even today, both have very strong Grandmaster supporters, and accepted opening theory draws from both sides. I mention this because yours is a hypermodern opening.

That would be the King's Indian Attack. It's been always considered to be a good opening.

It's like the King's Indian Defense, but with an extra tempo for White, and can transpose to many other openings.

You can see most of the popular openings here.

This is NOT a King's Indian Attack, because d4 has been played. In the KIA, white plays d3 and e4, not d4.

The classification of an opening requires moves from both sides, not just white. For example: 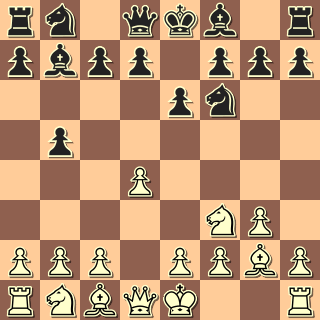 This position, which arises after 1.d4 Nf6 2.Nf3 e6 3.g3 b5 4.Bg2 Bb7 is sometimes called the Romanishin System. But it is only a Romanishin System if Black has played ...Nf6 and ...e6. The Romanishin System is mostly just a sneaky attempt to get into a Catalan while avoiding some of Black's sharper replies, which is why Black plays ...b5 to restrict White from playing c4.

Or, there is this position: 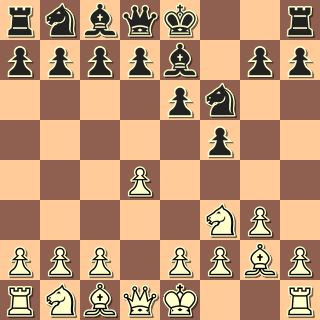 This is a Dutch Defence, because Black has played ...f5. If Black meets 1.d4 with ...f5, it's considered a Dutch Defence regardless of how White then proceeds.

So, you see, Black's replies are quite often important in classifying the opening.

As to whether it is good or not - that rather depends on Black's replies. Against the Dutch Defence, for instance, this would be the main line, but against a slav-style setup with ...c6 and ...d5, it would be considered rather innocuous.

Not the answer you're looking for? Browse other questions tagged chess openings terminology .

16
What's the name of the move where the player swaps King and Rook/Castle in Chess? Why is this move important?
9
Good opening questions for Adventurers in Are You the Traitor?
13
In Chess what is the Queens or Kings Indian?
6
What is the best opening in Hansa Teutonica?
7
What chess-opening does this cat play
15
What are the standard time settings in chess
14
In Power Grid, what are the phases and what are the steps?
1
In what systems are opening 4 card majors ok?