When I buy expansions, should I take out duplicate bases?

The title says it all,

I recently bought the base set + expansion awesome level 9000. I now have duplicate bases. Should I play with duplicates or take them out?

There should not be any duplicates in the base pile.

Each faction has exactly two different bases associated with it, and they are different from the bases of every other factions.

It's not as fun to have two of the same base in a game, and it can favour (or disfavour) a player.

Each expansion contains functionally unique bases, which makes sense, as every expansion adds a number of new factions, each of which have their designated bases.

Some expansions may also contain reprints of existing bases - in case of Awesome Level 9000, as mentioned on the back of the package (see the image below), there are reprints of the original bases included - likely as replacements of the original cards due to design changes, not to double the chances of those bases appearing in games. 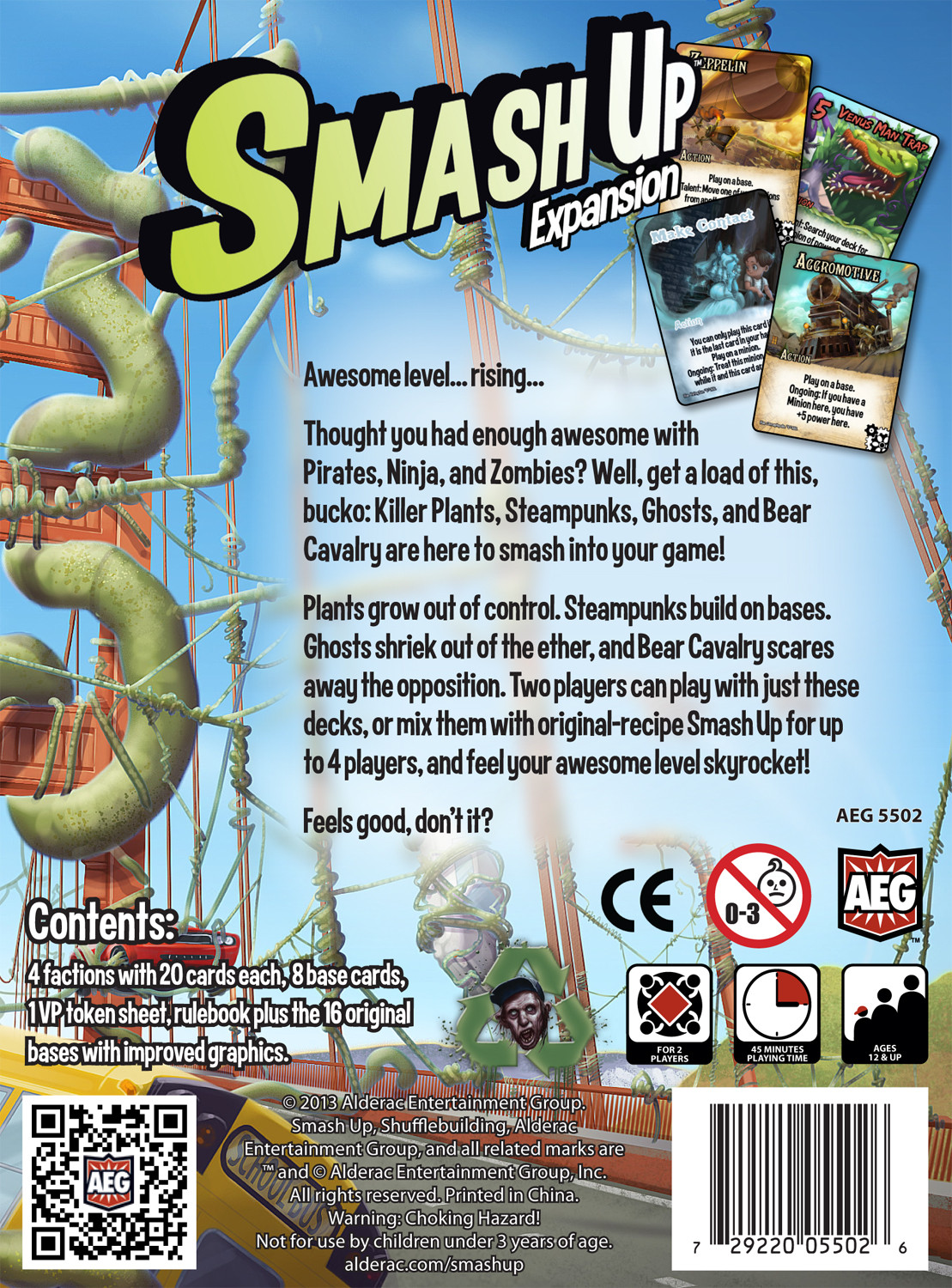 Some ways I could see you otherwise obtaining exact duplicates of original bases is if you bought the same expansion more than once, got a mispackaged edition of the game, bought it used and unordered by the previous owner, or something along those lines.

There are sets that have duplicate bases.

There is no rule that prohibit a duplicate base (you can have two or more of a single race, it only prohibits picking one race twice). So you have to decide for yourself. Do you prefer to use all cards or do you favor uniqueness of the bases.

For myself, I have just been to lazy to remove the duplicates. And because they don't bother me, it probably stays that way forever.

5
Do actions that affect all cards also affect cards in your hand.?
2
Play before a base score: deciding the order
4
What are the original 16 base cards in Smash Up?
2
The Nexus - when does its ability resolve?
1
The Homeworld base
11
Microbot Alpha: how far does it consider others Microbots?
4
How is 'The Homeworld' played correctly?
4
Doubts with the "before a base scores" part
2
Scoring Bases in Smash Up
1
When does a Leprechaun's Ongoing ability activate?