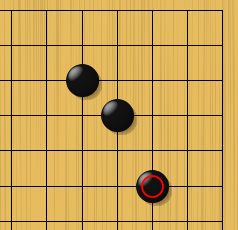 But what will happen if I simply play 3-3? 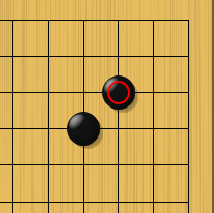 Can I consider my corner closed or not?

It's true that you get the corner territory by adding the stone at 3-3, but the reason this isn't considered an enclosure is that you could have gotten the same territory by playing the 3-3 stone in the first place. This means you're not getting full value for the 4-4 stone - you've gotten the outside influence that it gives you, but none of the territorial benefit.

Yes, three reasonably well placed stones are sufficient to close a corner. Even in the standard "shimari" shape, the two stones at the 3-4 point and the 5-3 point don't quite do the job, because the opponent can "probe" and live at the 2-4 point, or one of the other points in the shimari. But if you take the 2-4 point yourself, the shimari is closed. That's because one of the two stones is reinforced.

In the three stone 4-4 point diagram, the stone a knight's move away from the 4-4 point is a "shimari," and the one diagonally away is a reinforcer.

The way to occupy a corner with less than three stones is to take the 3-3 point. But Black usually doesn't do this when he has a 4-4 point stone because the 4-4 point stone then becomes inefficiently placed; that is to say that Black has "transposed" into a suboptimal position. A better placement for the "outside" stone is a knight's move, or even a large knight's move away from the 3-3 point.

It is an uncommon enclosure, but I believe you can. I think it would be safe, and the limited joseki I was able to find that includes it appears to also consider it closed. Although they tend to consider it a rare case usually arising in a handicap game, or if the player already has influence around 10-4 and 4-10.

That said, it is a low influence enclosure. If you want a two stone enclosure consider the more popular 3-4 4-3, or 3-4 5-3. They will both provide a defensible corner and reach out a little more.

18
Why did black avoid the straightforward capture here?
9
In Go, Why are "High Point" Openings Seldom Seen in Modern Play?
7
How do I properly place handicap stones?
3
life and death: 2 x 4 in the corner with defects
4
Counting a surrounded non-alive carpenter's square
10
How does black kill white in this Tsumego?
4
How does White survive in this corner?
5
Go: How is a "suicidal" move that captures enemy stones handled?
5
Why choose tsuke-nobi after a double keima against hoshi?