Is priority reevaluated in between each robot's movement or do we keep how it was at the start of the register?

In RoboRally 2016, we had a situation as follows. There were three robots on the board, which I have numbered 1 through 3 based on their priority and facing (thus "1→" is the first robot in priority order and is facing to the right). 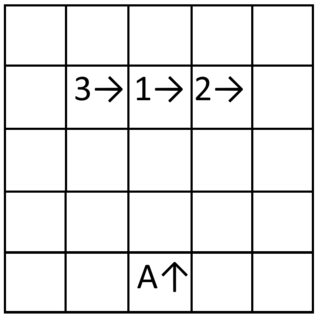 Robot 1 did a "move 1" instruction and pushed Robot 2. 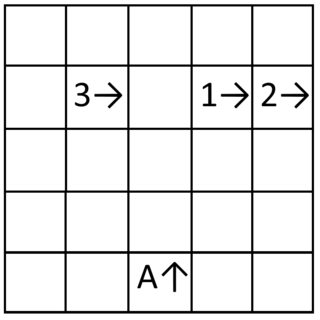 Note that of the two robots who haven't moved yet, Robot 3 is now closer to the Antenna than Robot 2. Do we keep the priority order, thus the one in the far right moves next?

Or do we immediately reevaluate the priority order as follows, thus the robot on the far left moves? 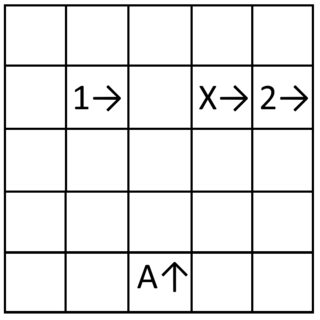 In other words, do we stick with priority that was set at the start of the register, or does it get reevaluated each time a Robot moves?

The rules for Robo Rally can be found here.

On page 4 it says the following (emphasis mine):

In ROBO RALLY, when a player has priority, it is that player’s turn. Rather than taking turns based on where they are sitting, players take turns based on where their robot is sitting on the board.
At any given time, the player whose robot is closest to the priority antenna has priority. After that player takes their turn, the second closest player to the antenna has priority and takes their turn, and so on.

This means that priority is reevaluated after each player's turn.

Not the answer you're looking for? Browse other questions tagged robo-rally-2016 .

4
Does the priority antenna direct a line straight toward the main board before sweeping clockwise?

4
Does the priority antenna direct a line straight toward the main board before sweeping clockwise?