In this "Go Free" Android app, I'm trying to make sense of the information it presents, in an effort to better understand the game.

In the screenshot below: 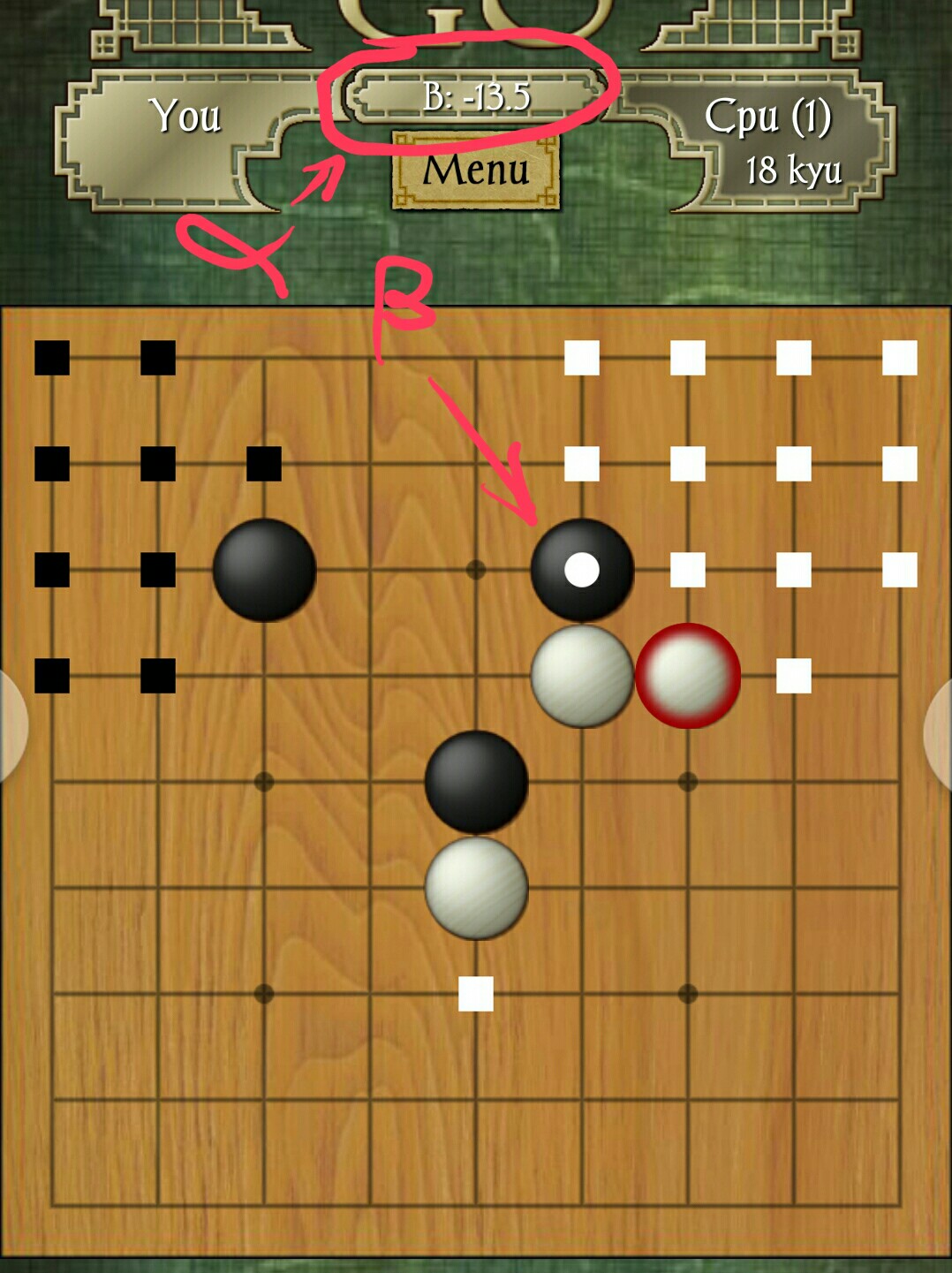 I'd be grateful for any assistance understanding these points:

White gets some extra points called komi, because moving second is a disadvantage. It looks like this game is probably giving White 7.5 komi. I'll add this up using Chinese scoring, so you get one point for each point of territory you have surrounded, and each stone that is alive. Black has nine points of territory and two living stones, for a total of 11. White has 14 points of territory (the one under the "dead" black stone counts too) and three living stones, giving 17. Once we add in 7.5 komi, black is behind by 13.5.

8
How to protect a large piece of side territory
12
Why is this tsumego solution wrong?
4
Counting a surrounded non-alive carpenter's square
4
Is this a correct way to count territory in Go (by Chinese rules)?
2
Territory inside of territory
4
Using the edges of the board in Go
3
How would this seki be scored at the end of the game?
5
Go: How to count territory in this example?
3
In this Go game why does the territory appear as being completely captured
8
Why don’t you capture more territory in Go?