What card game is this? 3 cards per player; always redraw from stack until end

A friend of mine introduced a card game to me she only knows by the name "Schweinemauzen" (we're in Germany, literally maybe "pig's meow"). Surprisingly, googling this word doesn't yield a single result. Maybe someone can help me in identifying the game if I give some basic rules:

Here you see the stack, the played cards stack next to it, and face-down/face-up cards for two players: 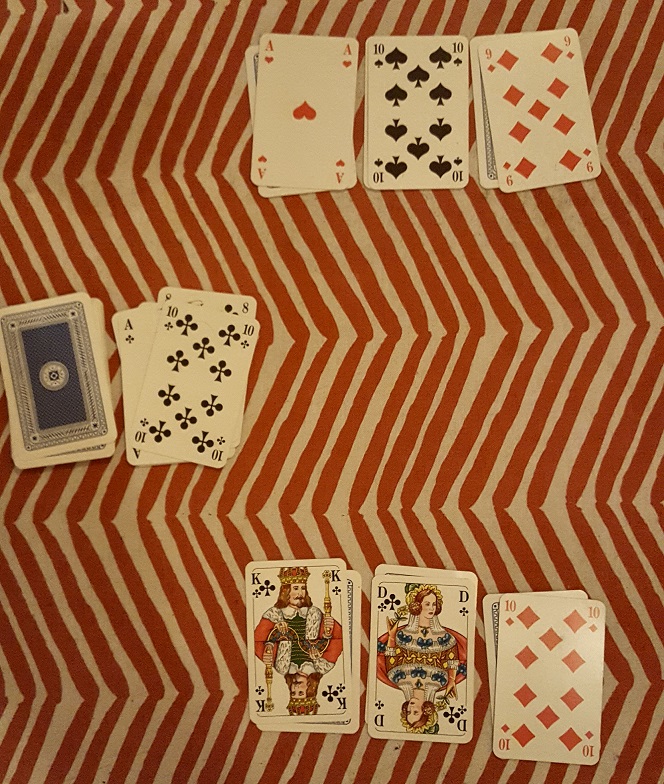 Not sure what the international name for the game is but we've always called it "Shithead", a fun game the face down cards keep the end game close and stops a runaway winner.

We call this game "Lucky". The 2 resets the pile to a low number and a 10 makes the pile go away. I haven't heard about the version using a 7 card for something. But I have heard a version where and 8 card triggers a reverse turn order, and that is good for a four player game so you are not always following the same person (makes things more interesting).