Does the opponent get to draw up to a full hand after being attacked with Pilebunker?

One of the abilities of the Jefferson DeGrey character is Pilebunker. 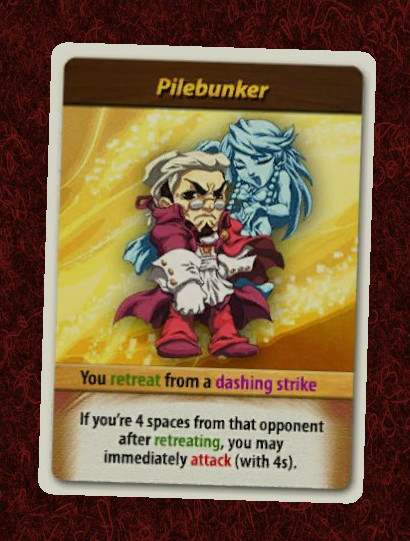 [Triggered when] You retreat from a dashing strike

If you're 4 spaces from that opponent after retreating, you may immediately attack (with 4s).

Now normally when somebody blocks they don't get to draw those cards back until their next turn, but this action is usually carried out during the opponents turn. In this case, since the block is performed during their own turn, do players blocking a Pilebunker attack get to draw a full hand on their next turn?

The turn order is:

Your opponent playing Pilebunker is part of step 2. You still get step 4 this turn (if you successfully blocked), so you still get to draw back up to a full hand of 5 cards.

Not the answer you're looking for? Browse other questions tagged flash-duel or ask your own question.