What is this card game called and it's rules 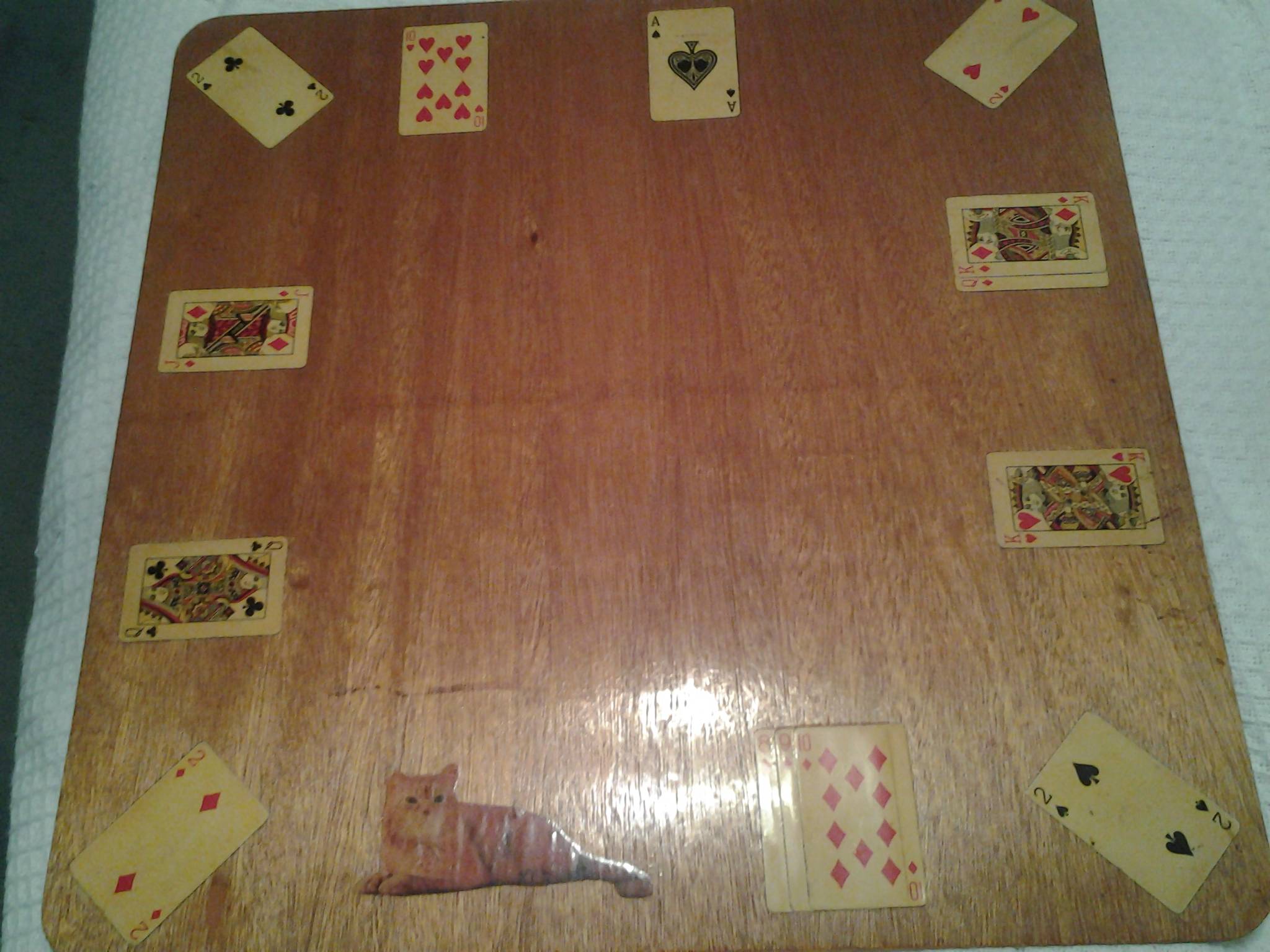 Does anyone recognize this layout? It's a home made board with arranged cards. I know it was played by 6 players, and pennies were placed by each player on the "kitty" that's shellacked on the board. Sorry, that's about all I remember. My parents and their friends played it on a regular basis circa 1970's. Thanks for any input.

This looks like a board that could be played similarly to the commercialized version of Rummoli (Canada). 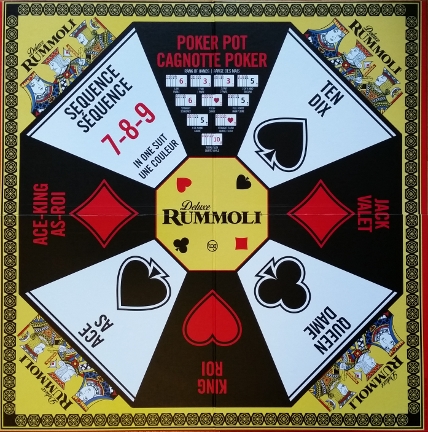 Essentially, a number of hands are distributed to all players + a spare kitty hand (usually called widow in this game, but kitty, crib, or dead hand also can be heard).

4 phases to the game:

Differences between the commercial version and the table I see here:

Otherwise, the resemblances are too similar for it to be something else.

Essentially, it's not the most neurostimulating game, but it does teach some basic decision-making (keep a hand with 1 pot to claim, or swap for a chance at better/more?) and failed probability (if you have the ace of spades and someone finishes with their king, you get nothing!). Great game to stimulate 6-14 year olds as well as some social gaming among adults or a family mix of sorts. The game is usually played with 50 "tokens", but could easily be 50 cents or 50 dimes. There's a possibility of some house rules applying as well as if someone forgets to claim their pot, how to deal with it locally (it's usually dead within a certain period x of playing the card (either as you play it, or before the cards are discarded for the next sequence of cards).

Hope this helps you with what you need to know!

Could be a derivative of the German/French game Pochen, see https://de.wikipedia.org/wiki/Poch , an early Poker-like game.

16
What is this game with multiplying aliens and random weapons?
5
I'm searching for Ricochet Robots, travel version
14
Help me identify this card game with secret, changing rules
2
Old WW2 game played with cards instead of a board
8
Genre-mash up battle game
8
Does this game or similar games exist?
3
what is this card game called?
5
Game where you guess whether something is true
9
Looking for name of very old board-type game