What game has this weird 12 sided die with clouds, a bug, a pear and other stuff on it?

I found this unusual and hilarious die. I have no clue what it could be from. On the 12 faces I see these 4 particular shapes:

and the rest of the 8 faces are clouds or bats(?)

Can anyone identify this game and help me figure out what this die is actually used for or what the figures really are supposed to represent? 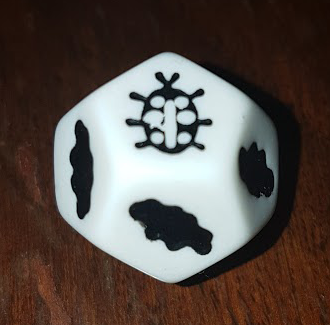 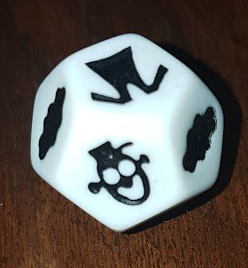 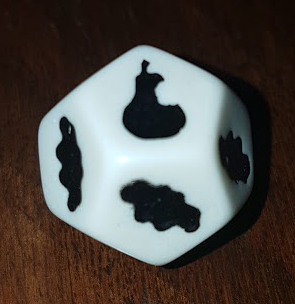 Found it! Through sheer Google-fu, I discovered ThinkBlot! 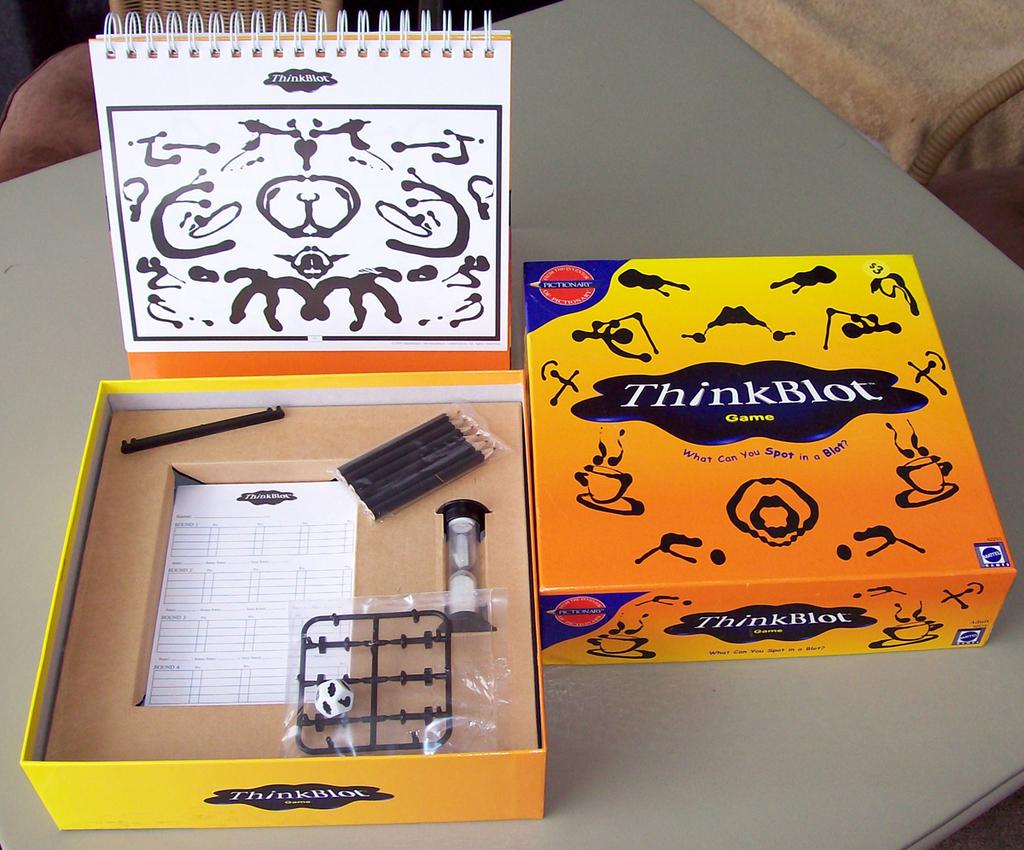 Tom Vasel's review describes its use:

The game is very simple. Up to six players are given a sheet from a pad included with the game, along with a pencil. Then, the Thinkblot book is opened. It is a spiral bound book that transforms into an Easel with 75 different inkblot pictures, as well as a fold-out scoreboard. Each player places a peg into one of the colored paths on the scoreboard, representing his score.