Identify game with ~30 pegs and 30 holes

Found 2 boxes with content shown below and wondered if it is a game and what is named? The boxes contained no rules but had a certain "homemade" feel about it why the option of it being a game is not ruled out by missing rules. 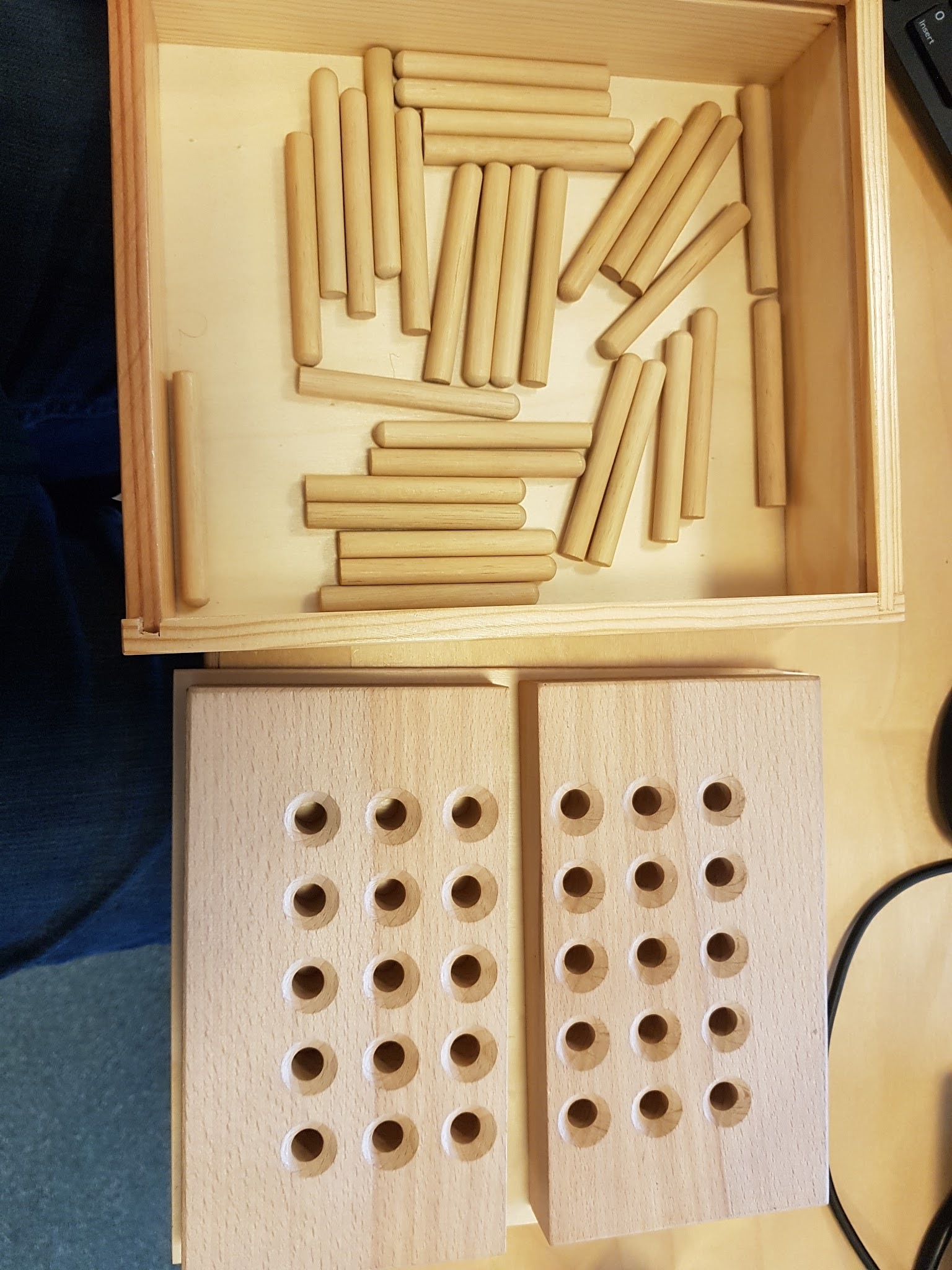 Edit: Picture of pegs in holes 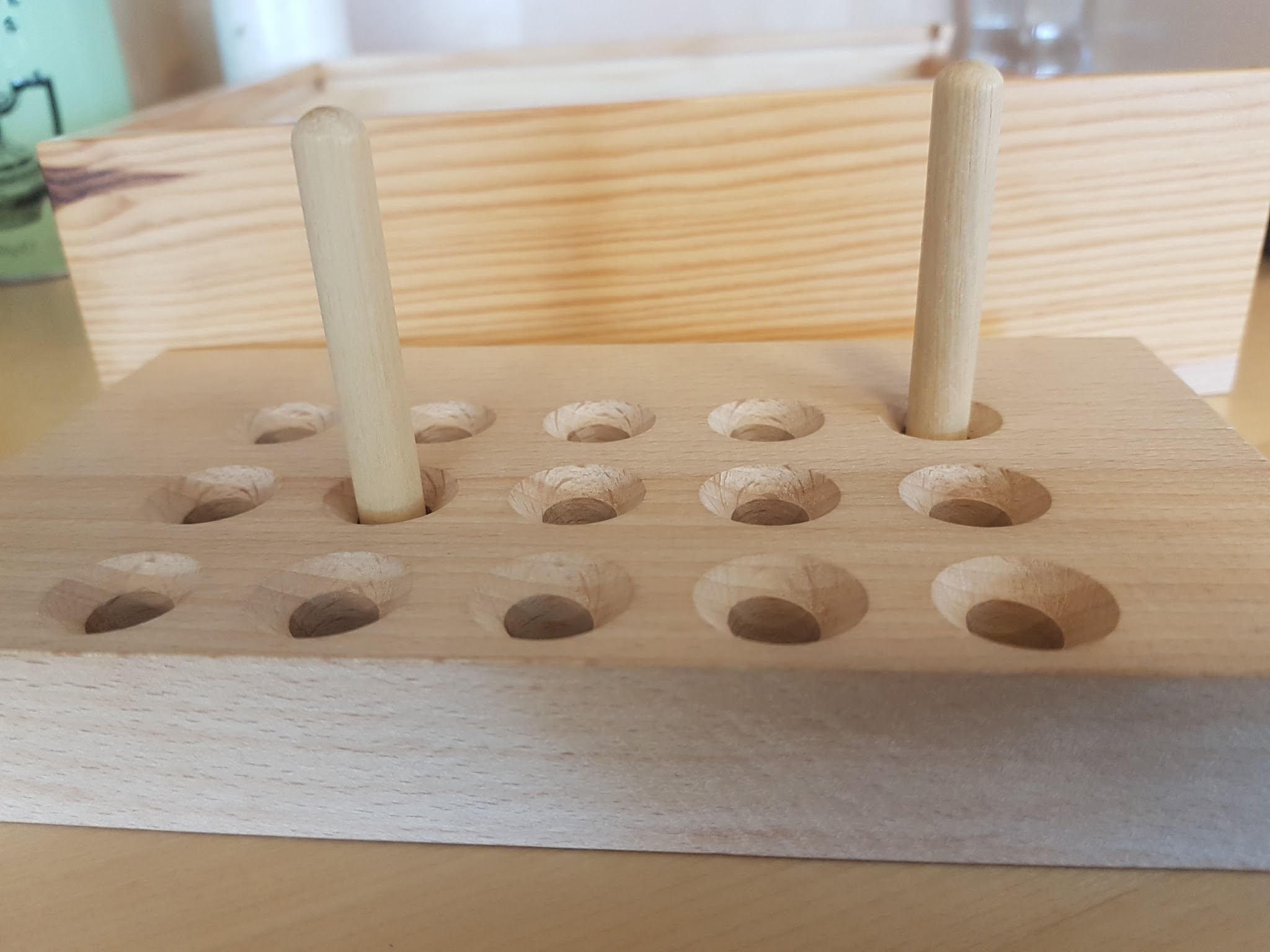 Dara would fit. You'd only need 12 pegs each. Extra could be just in case you lost some. From Board Game Geek-Dara:

A game from Nigeria that may be played by two players or teams. Traditionally the game was played on an area consisting of 5x6 spaces using sticks or stones for pieces.

15
Identify Strategy Game with Chariots and Elephants
4
What is this game with pegs in holes, jumping and capturing each other?
8
Help identify old advertising card game
15
What is this game with a 12x8 pegboard and 59 double sided pegs?
3
Card game similar to jokers and pegs
4
Help identify card game with teams and secret signals?
9
Game with 37 diagonally-oriented holes, 10 black pegs and 10 white pegs
1
Identify game with 'Cataclysm cards and Sin cards' based on game end rules
9
Can anyone identify board game with 2 rows 2 holes wide each and 2 upright metal pins?