In this Go position, can black capture the entire length of the white arm?

In the position below, can black capture the entire length of the white arm with a combination starting with placing a black stone on A? 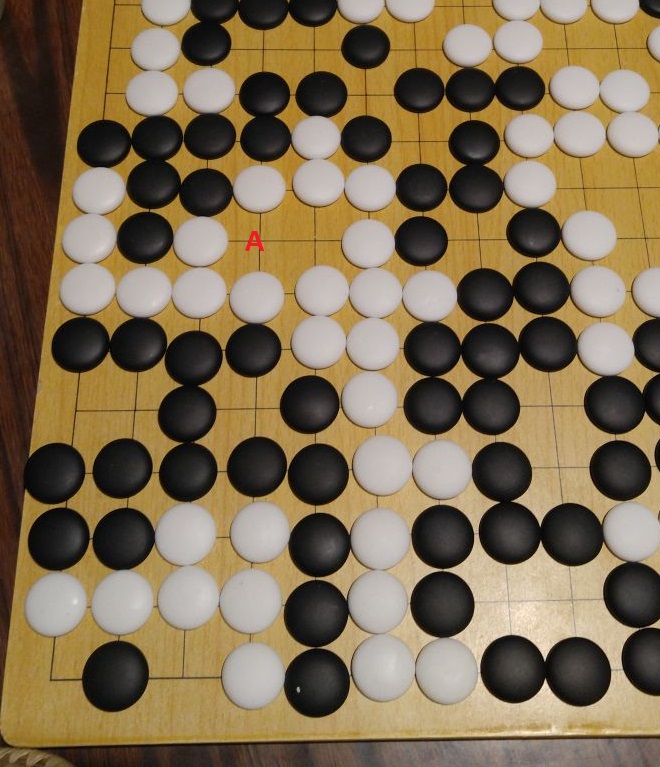 Yes. That white chain has only two liberties - A and the space next to A. If black fills both of them the chain will be captured. None of the surrounding black stones are vulnerable to capture because of their eyes, so white has no defense against this play.

The space next to A will have no liberties when black plays in it, but that is okay because capturing the white pieces will open up the liberties as black plays their piece.

White could technically capture the stone at A by playing next to it, but doing so would be pointless because it would use up the other liberty and black would still be able to capture.

Yes, but Black doesn't need to. Since each of the surrounding groups already have two eyes, there's no reason to play those stones. In fact, it will cost Black two points in Japanese scoring.

If one of the outside groups was in danger, then you could play at A and the point next to A to remove the group. When the second stone is played, both the two stones just played, and the large group will be without liberties. In this situation, the opponent's stone are captured before your own, so the large group is captured and the two stones stay on the board.

18
Why did black avoid the straightforward capture here?
10
Game from 1978: Why does this fuseki position favor black?
15
Three-space jump on third line: how to connect?
2
Overplay in orthodox fuseki - Leela AI fails miserably?
10
How does black kill white in this Tsumego?
4
How does White survive in this corner?
3
How would this seki be scored at the end of the game?
3
What joseki, if any, yields this position on page 60 of 38 Basic Joseki?
6
How does white win this capturing race?
9
Why don’t you capture more territory in Go?