In chess, if a player ran out of time, how to determine if his/her opponent has the 'possibility of checkmating'?

If a player delivers a checkmate, the game is over and that player wins, no matter what is subsequently noticed about the time on the clock.

If player A calls attention to player B being out of time while player A is not out of time and some sequence of legal moves leads to B being checkmated then player A wins automatically.

If player A does not have the possibility of checkmating B then the game is a draw.

Can anyone provide a more detailed explanation what is 'possibility of checkmating' and who or what governs it? For example, I know that a king and a knight can checkmate a king with a rook. 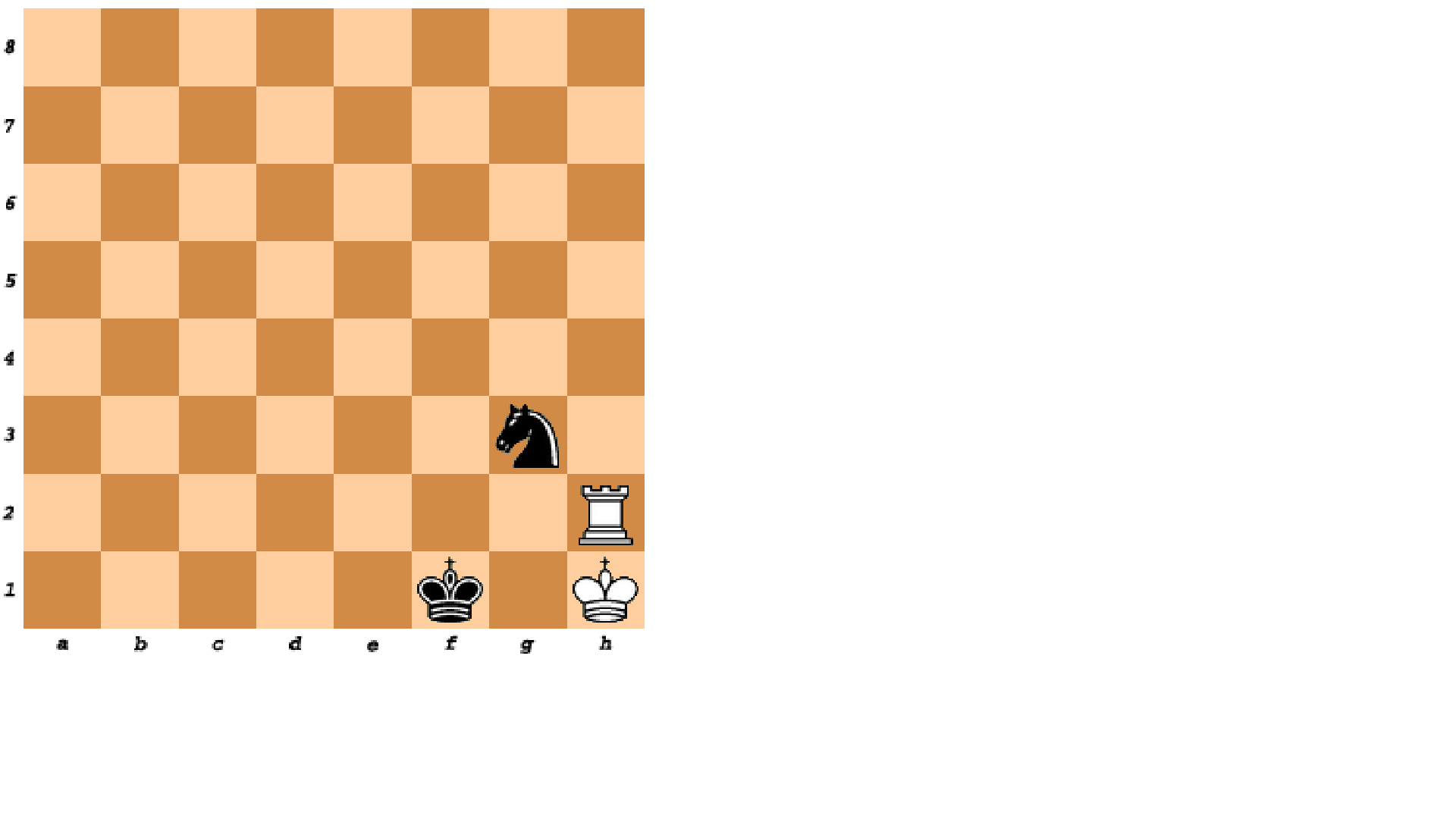 However, I don't think a king and a knight can checkmate a king with a queen. I didn't find a single checkmate position for that case (for weakest side, of course).

So, after exactly one of players had run out of time, who or what determines if his or her opponent has the possibility of giving a checkmate? I think it's quite essential because it means difference between a win and a draw.

If in doubt of being able to by player B, player A now plays both sides towards a checkmate of his choice.

In your example, player A would be able to prove it if he comes to the said checkmate somehow.

I think checkmating against King-Queen with King-Knight is impossible. The shown position (with the rook being switched to a queen) is no checkmate because the queen can just capture the knight.

The current USCF rules specifically state (section 14E) that the following combinations are an enforceable draw (if not already in a win position) even when time runs out for the opponent, because the player has "insufficient material to win on time": Lone king; King and bishop; King and knight; King and two knights

16
What's the name of the move where the player swaps King and Rook/Castle in Chess? Why is this move important?
15
What are the standard time settings in chess
4
In chess, may a player resign, offer a draw or claim a draw at any time, or not?