How could I prototype a board game with a variety of units using abstract icons?

I'm pretty fuzzy in terms of what board game I want to create, and I often find myself using normal dice for the units, which is often messy and confusing (were 1s or 2s archers? Whose mage was die 5?).

I saw some Story cubes having arrows and fireballs and skulls on them, so they could prove useful as multifunctional tokens for generating ideas and interactions.

Could you recommend me a particular set or an alternative to them?

Rather than using story cubes (which as noted are probably going to run you a fair chunk in bulk and aren't necessarily customizable), you might be better off just picking up some blank wooden cubes such as the ones found here or here. 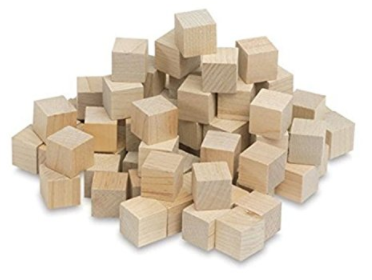 Probably a lot cheaper, and you can put whatever you'd like on them instead of having to settle for what's on the story cubes. You could also have some stickers printed, for example at Game Crafter you can upload designs and have them printed onto half-inch stickers: see here.

Note that I personally have not used Game Crafter's stickers so I can't vouch for the quality, but I've gotten the cubes from Amazon before and they are pretty nice.

Not the answer you're looking for? Browse other questions tagged game-design dice prototyping rorys-story-cubes or ask your own question.

23
What's the easiest way to prototype a board game design?
19
How can you have units with secret locations on the board?
7
Is there an easy, web based, multi player board and card game prototype tester?
3
Publishing a board game with an existing game company
3
Any ideas on how to get a 'sudden attack effect' in a board game?