Do the 'Charizard EX' sets automatically come with a Mega Charizard EX card?

Do the Charizard EX sets automatically come with a Mega Charizard EX? Or do I have to buy the individual card to be sure he'll get THAT particular card?

I want to get it for him for Christmas. It would be a bummer to get the set and not find that card in it on Christmas morning, right? Or am I wrong? Of course, I'd rather not pay so much for a single card...

I'll attempt to give you the best help I can with the information you've provided.

This might be a bit confusing to someone who knows nothing about the card game. If you can in the comments or your question, define what you mean when you say "set" and what your child means when they say "set". I suspect you are using "set" to mean a product that includes a "set of cards", and your child is using "set" to either mean a set of one card (2-4 of the same card for use in a deck) or a "set" as in "a set of both". 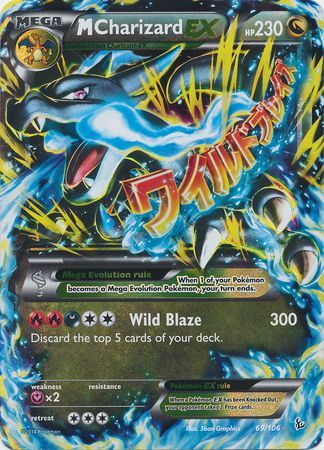 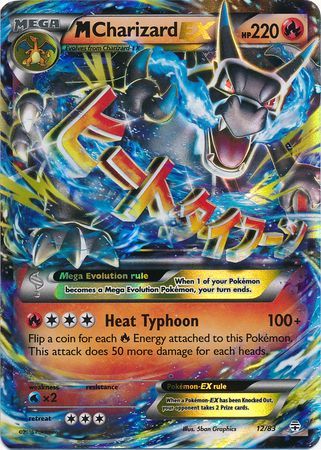 (This one is from the booster pack series XY Evolutions). 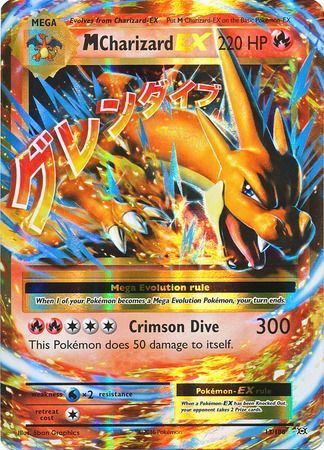 It would be useful, if you can, to provide links to the "sets" of product you've found for M Charizard EX. Are these boxes with a single card and packs? Tins? Single cards? The Pokemon TCG includes a lot of product including sealed packs of cards, boxes with certain cards, tins, etc.

When you use "the Charizard EX set of Pokémon cards" I'm assuming you mean a product that includes Charizard EX, which is probably this box: 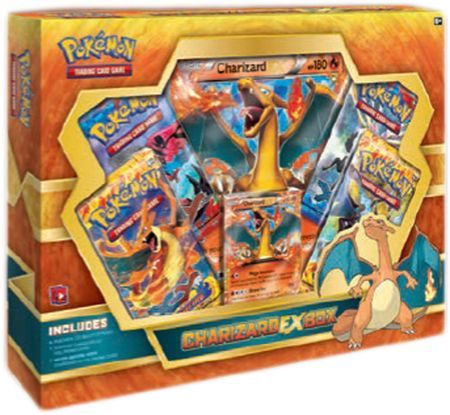 If that is the case: No, this does not come with either M Charizard EX card. This sealed product comes with four booster packs as shown (which contain random cards, of which M Charizard or any other EX card is fairly rare), a single Charizard EX card, and an oversized version of the card.

Alternatively, you could have found these products on Amazon:

If that is the case: No, this ALSO does not come with either M Charizard EX card! This sealed product comes with four booster packs as shown (which contain random cards, of which M Charizard or any other EX card is fairly rare), a single Charizard card (much less valuable than an EX) and a small statue. Also looks like your selection is random!

This also shows up on Amazon! 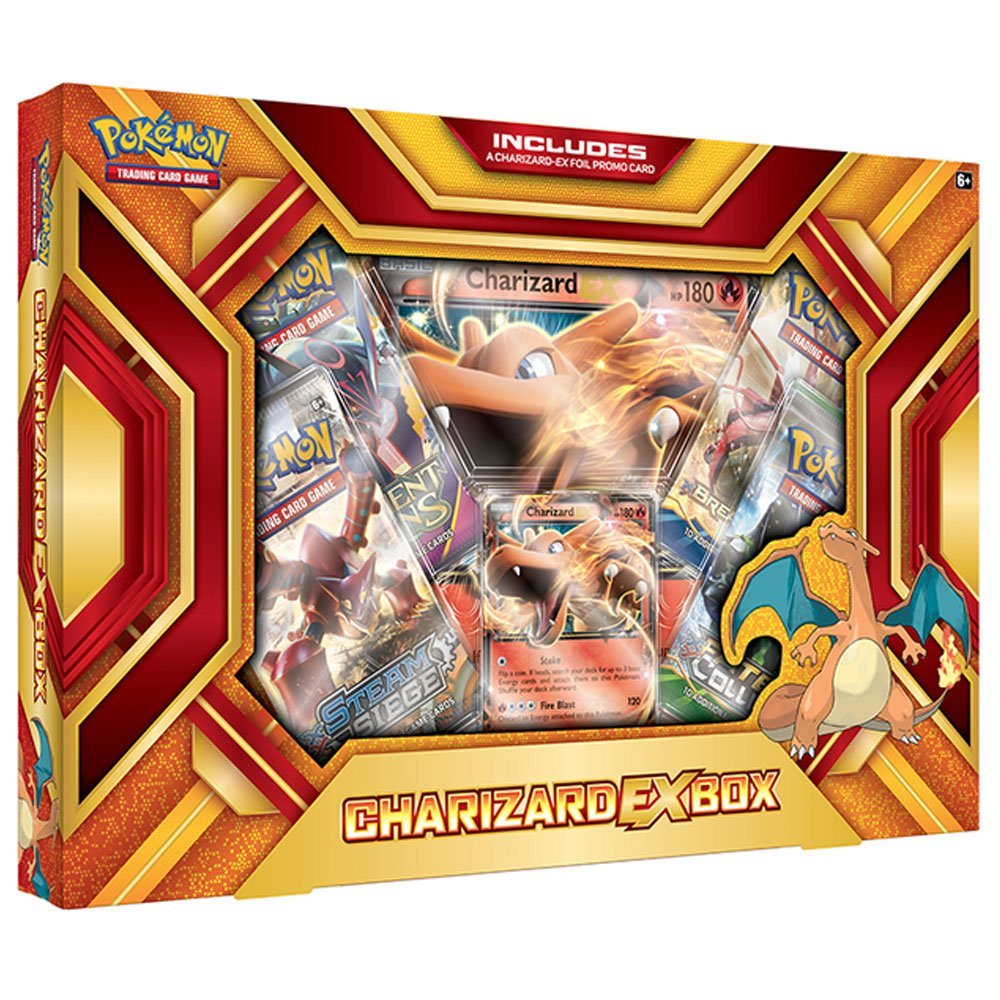 Unsurprisingly... this also will not give you either M Charizard EX card. Similar to the first box, you'll get four packs, a single Charizard EX, and a jumbo card.

Regardless of what version your child wants, the only reliable, 100% way to obtain either M Charizard EX card is to buy the single card.

It doesn't look like these were available in any promotional boxes. Buying packs to try and get one is a terrible idea - the odds of getting even a single EX rarity card, of which there are very many, is about 1/6 of these booster packs which retail for around $3-4 each.

8
Why are the old Pokémon TCG sets not allowed in modern tournaments?
2
Are Item Finder and Dowsing Machine the same card?
2
Are the Pokémon TCG "Team Rocket" sets balanced against XY cards?
3
Is a Pokémon energy card with no numbers normal?
4
How does the whole EX/GX thing work? (Pokemon TCG)
0
Pokemon cards with the same name and different features