Where can I find Bobby Fischer's debut game?

Once I saw the game in an encyclopedia, and I remember being impressed. Now, I'd like to find it again. Is there some inventory of famous games I can find it in?

Presumably you're talking about the Game of the Century, in which 13-year-old Bobby Fischer beat IM (International Master) Donald Byrne, winning a brilliancy prize in the process.

This was of course not Bobby Fischer's "debut" game in that he had played plenty of other tournament games before this; in fact, he won the United States Junior Chess Championship almost a year beforehand. However, this is the "earliest" game most people think of when they hear "Bobby Fischer." 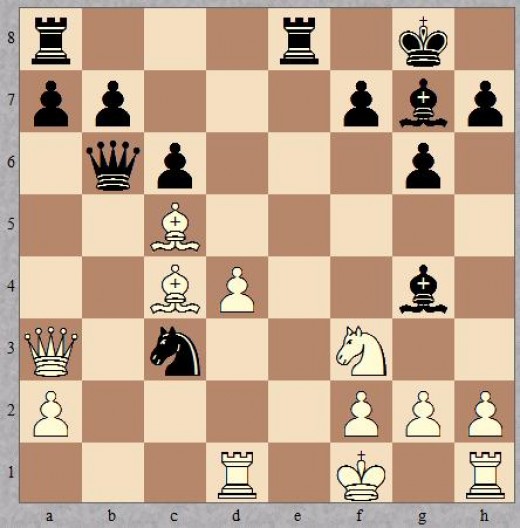 Not the answer you're looking for? Browse other questions tagged chess .

9
Are there any reputable chess openings which begin a4, b4, g4, or h4?
4
Database of chess games for evaluating ranking systems?
27
Was the blind chess match between Sherlock Holmes and James Moriarty in the movie Game of Shadows real/plausible?
3
Periodical chess problems by RSS
3
Chess: Efficient training for recreational players
0
Table for both 2-person and multi-person games
4
In chess, if a player ran out of time, how to determine if his/her opponent has the 'possibility of checkmating'?