Are all events one-shot?

I finally bought Betrayal in Baldur's Gate and gathered with some friends to play it. Before the haunt, we stumbled with a couple of event cards that seemed to suggest that a Monster should be placed on the board. But we weren't sure.

For example some cards, such as the Shambling Form, clearly have a resolution for the "monster" (it explodes).

But some other aren't as clear. The Zhentarim Opportunist is one such case. The event clearly mentions an opponent/monster but we don't know what happens with that monster. 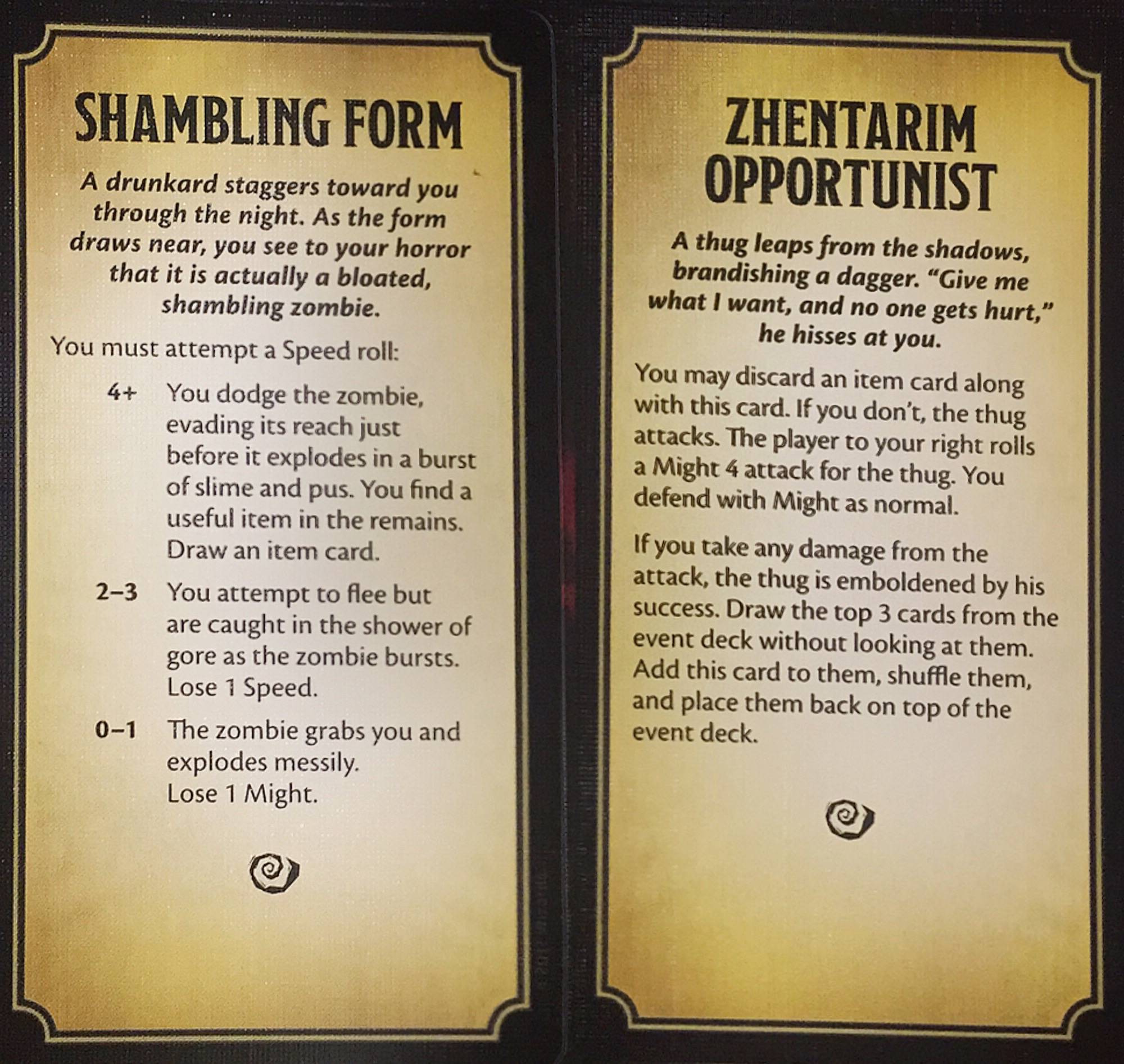 Are all events one-shot actions (unless specified otherwise)?

I'm inclined to believe that the text in vent cards is mostly fluff/flavor. And the fact that a "monster" is indicated is just for ambience. That way, the Zhentarim is understood to have left/fled right after the event is revolved (regardless of the result from the attack).

All events are one shot and the "Monster" in the card is mainly flavor text to make it fit into the game more without just being a random mechanic.

Think of it this way, if the card removed the text would it take away from the game for you?

You man discard this card and an item. If you do not the player to the right rolls a might attack of 4 against you defend with might as normal. If you take damage from this attack take the top 3 cards from the event deck and shuffle this back in.

In general event cards will inform you when they impact the game board in a long term fashion by instructing you to place tokens on the board.

Not the answer you're looking for? Browse other questions tagged betrayal-at-baldurs-gate or ask your own question.