Is this double ko played reasonably by AlphaGo Zero and AlphaGo Lee?

In the 8th game of the series1 between AlphaGo Zero and AlphaGo Lee the following position with a double ko at {A,C}×{13,14} arises: 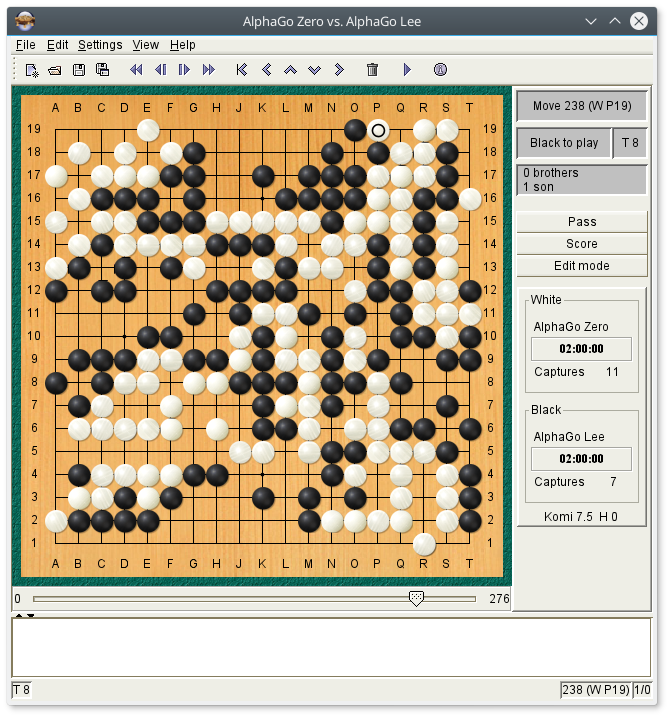 I do not see the benefit in these exchanges as against immediately playing at T15 etc. Are these exchanges useful or merely something that their respective training never taught them how to do? If they are useful, what purpose do they serve?

1 See the article in Nature at https://www.nature.com/articles/nature24270#t1; the full text is not free but selected game records are, in the download at https://media.nature.com/original/nature-assets/nature/journal/v550/n7676/extref/nature24270-s2.zip

There is a difference between the two semi-stable double ko positions, although a rather small one. C14 reduces the immediate number of liberties of the G13 leg. This means that black will have a free tempo when G13 runs out of liberties, if we assume that black can find a big enough ko threat to answer the C13 capture with C14 in order to force the B15 gote.

Assuming black still has a big enough ko threat when G13 runs out of liberties, the value of keeping the one liberty at C14 filled is most likely 1 point (turning a one point sente for white to a reverse-sente, as we can infer from what happens later in the game), so the two-move sequence of capturing the double ko at C13/C14 followed by an answer as A13/A14 has a (ko-related) miai value of 1 for both players. That explains why both players take the opportunity to capture this double ko whenever they can.

An other way to put it is to attribute an average of 4.5 liberties to the G13 group (alternating between 4 and 5), with white being able to force it up when they need it if black can't find a big enough ko threat.

Not the answer you're looking for? Browse other questions tagged go computer-ai ko or ask your own question.