Can a king capture an opposing queen?

A Beginner's Scenario: I castle kingside prior to ever being in check. Then, my son positions his queen and on a subsequent turn, takes out the middle pawn of three (see diagram below), thus exposing my king, and declares "checkmate". Is this a legal move on his part? Or, may I take out his queen with my king? 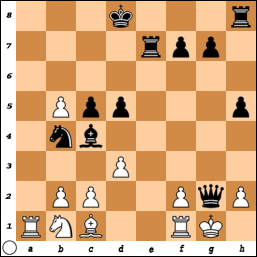 Yes you can capture the Queen, unless capturing the Queen would put the King under check again. See: http://en.wikipedia.org/wiki/Rules_of_chess#Check

A player may LEGALLY move his queen anywhere on the board that the queen can reach on its move, unless that move exposes the player's own king to check (e.g. if the queen is "pinned" in front of the king by an opposing piece).

Legal moves ordinarily include moving the queen next to the opposing (your) king, which puts that king in check, given the possible movement of the queen on the FOLLOWING move. It also puts the other player's queen into potential jeopardy.

If your king is in check, you must try to move out of check. Often, that means moving the king, but in this case, it doesn't work, because the queen controls all the squares AROUND your king, meaning he'd still be in check if he moved.

Hence, your only possible recourse is to TRY to capture the opposing queen. If it's unguarded, you may be home "free."

But if the queen is GUARDED, meaning your nephew can take your king after he takes the queen, your king is in "checkmate" and you have lost the game. I infer from your nephew's declaration of "checkmate" that the queen is guarded. (It's possible that he's wrong, so I'd need to see the chessboard or a written record of the game.)

It's definitely legal, and it's checkmate if the Queen is guarded, since the King won't be able to capture it then. If there is nothing protecting the Queen, then the King can just capture it.

Your son made a legal move, but it was not checkmate you can capture it with your king your only legal move.

Not the answer you're looking for? Browse other questions tagged chess .

16
What's the name of the move where the player swaps King and Rook/Castle in Chess? Why is this move important?
4
Where can I find Bobby Fischer's debut game?
12
How can I learn to play chess blindfold?
16
What is the appropriate way to snipe a king that castles through check?
4
Can a pawn be promoted to queen if the player is missing a knight, bishop or rook?
10
Using the King as an attacking piece
16
Can other pieces capture a threatening piece and prevent a checkmate?
15
Is a pawn allowed to capture onto a promotion square?
3
How can white checkmate black in this chess puzzle?
1
Can I capture threatening chess piece?