[The game was made by my husband’s grandfather in 1974, but we don’t know the name or the rules. Each end has 60 pegs. The playing space is 15 across and 15 spaces wide. Thanks for any help you can give. We’d love to play this.] 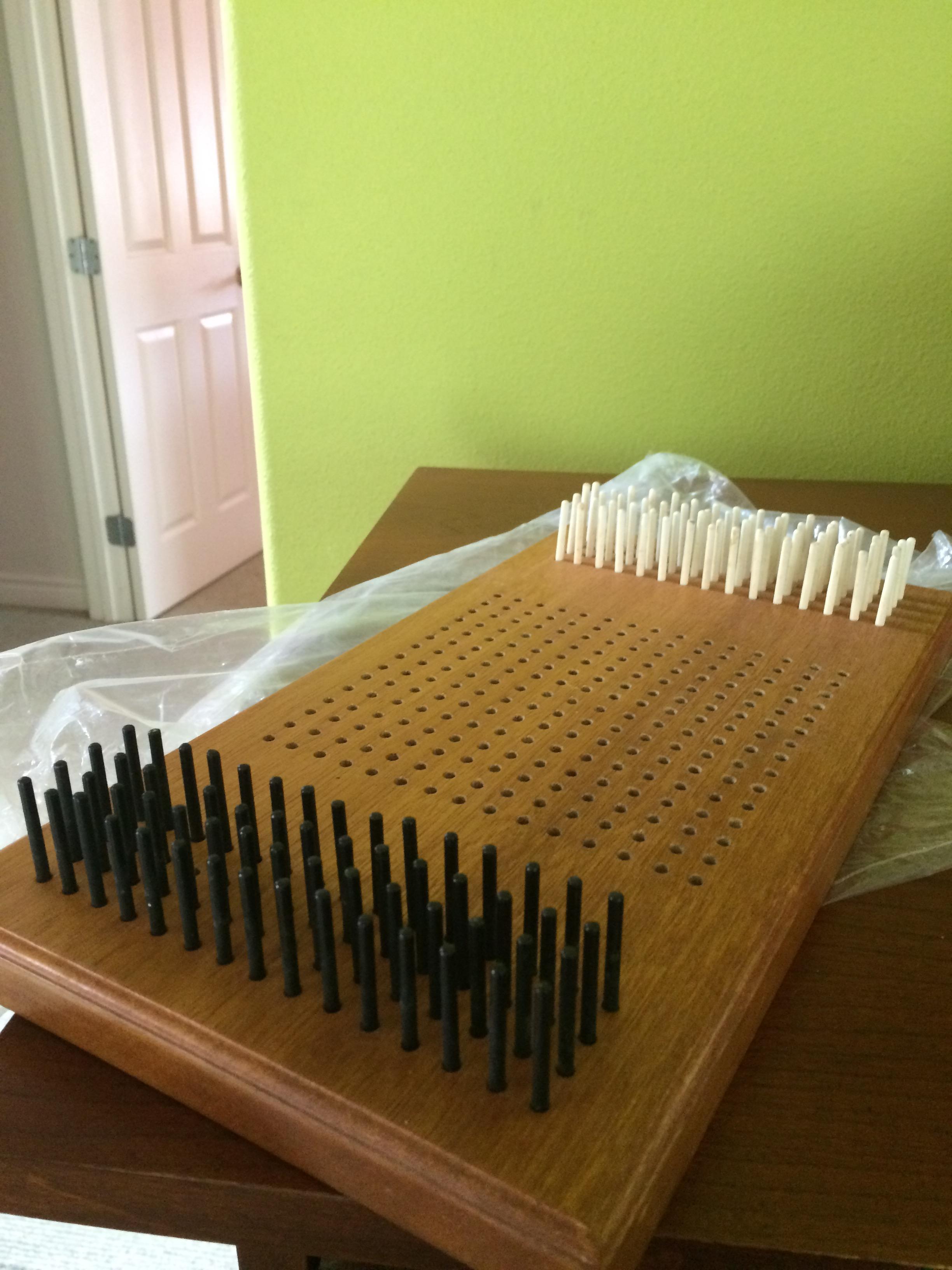 Use of pegs instead of "stones" suggests Gramps was imitating the commercial game "Pegity", which predates Pente by a number of years. Pegity was played on a hole grid, with pegs (all plastic when my family played it in the late 1960s and early 1970s, though apparently originally wood).

I haven't seen a set in forty years so don't recall the grid dimension. The main play difference between Pegity and go-moku (and the later, unexpanded Pente) was four different colors of pegs, at least in the plastic version -- the game still revolved around forming a row of 5 on rows, columns, or diagonals.

looks like a slightly smaller version of Pente or go-moku, which is usually played on a 19x19 board, but can be played on 15x15

4
What is this game with pegs in holes, jumping and capturing each other?
3
Card game similar to jokers and pegs
4
Two person wooden peg board game?
6
Help me identify this card playing board game.
3
Information about "Make Twenty One, no more, no less" wooden Tabletop Game
2
What is the name of this card game?
6
Identify game with ~30 pegs and 30 holes
3
Identify this peg game?
1
What's the name of this oil trading board game?
5
What board game for 2 to 4 players with 1 token each and the winner is the first to the top of a raised platform?